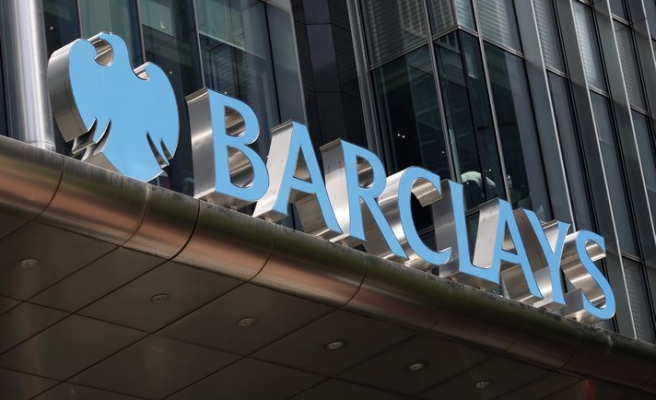 Political row in Britain over the fixing of interbank lending rates deepened on Saturday after the publication of confidential advice from UBS to the former Labour government on how to reduce the key Libor rate at the height of the financial crisis in 2008.

The Conservative-led coalition, trailing in opinion polls, has tried to pin part of the blame for the rate-fixing by bank traders on the government of former Labour prime minister Gordon Brown, questioning whether the government directly or indirectly sanctioned the manipulation.

The chairman and chief executive of Britain's Barclays Plc resigned this week after the bank agreed to pay nearly $450 million for its part in rigging the Libor rate between 2005 and 2009, which is used to settle interest rates on trillions of dollars of contracts globally.

The scandal has reignited anger in Britain against bankers, who are blamed for a deep recession the country is struggling to escape.

Opposition Labour said the coalition government had tried to smear the party by insinuating that the confidential advice was about the deliberate manipulation of the Libor rate.

The advice, in a note titled "Reducing Libor, improving lending conditions", was sent from Swiss-based bank UBS to the Treasury at a time when lending between banks had all but dried up over fears they might collapse.

Instead, the document, published in the Financial Times, "simply proposes legitimate policy improvements" to reduce the cost of banks lending to each other during the credit crunch, Labour said.

It called on the coalition's finance minister George Osborne to withdraw "false allegations" that people close to Brown were at fault over the rate-fixing scandal.

"There is absolutely nothing in this note about the deliberate fixing of the Libor rate, which Barclays traders were involved in," said Labour finance spokesman Chris Leslie.

In the document, UBS suggests that the Libor rate could be reduced if the government cut the cost of a credit guarantee scheme (CGS), which backed bank lending, to levels operating in a similar scheme in the Netherlands.

"Libor will fall significantly quicker if the cost of the CGS, under one year, is reduced; so that banks can borrow unsecured at an all-in cost which is less than Libor," said the note, written on Nov. 1, 2008.

Although the document appears to contain no "smoking guns" to implicate the Brown administration, it indicates the government's concern at the time to lower the Libor rate and get credit flowing again between banks.

The fallout from the Libor scandal widened to the political sphere after Bob Diamond, who quit as Barclays Chief Executive last week, said Paul Tucker, now deputy governor of Britain's central bank, had called him in October 2008 to relay concerns from within government about the high level of Barclays' funding costs.

Barclays has said the conversation was understood by a senior executive, Jerry del Missier, to be an instruction to lower the bank's reported Libor rate, which he duly passed on to the bank staff concerned. Del Missier, who also resigned this week, has not commented on the matter.

It remains unclear whether Tucker was referring to government ministers or officials and the policymaker is not due to give his side of the story until he testifies before a parliamentary committee on Monday.

In the meantime, Osborne has sought to exploit the uncertainty by saying former Labour ministers had questions to answer.

The Conservatives have fallen behind Labour in opinion polls since a badly received budget in March, when Osborne cut the top rate of tax for the biggest earners and raised tax on the elderly, prompting claims the government was out of touch with austerity-hit Britons.

One area of Osborne's attack on Labour was the UBS document, not made public until now. Osborne said there were questions over the role played by former Labour treasury minister Shriti Vadera, who has confirmed she made comments on the document at the time.

Osborne's main target has been Labour's treasury spokesman Ed Balls, a former treasury minister and close ally of Gordon Brown, with the two clashing in fiery exchanges in a parliamentary debate on Thursday.

Balls rejected as "utterly false and untrue" suggestions by Osborne he had been involved in government discussions on Libor at the time of the credit crunch, when he was schools minister, accusing his rival of "cheap and partisan" attacks.

Vadera has said she commented on the report but added that it was legitimate for the government and regulators at the time to be concerned about why the cost of interbank lending, reflected by the Libor rate, had stayed stubbornly high.

UBS said it had no comment to make on the publication of the report. There was no immediate comment from the Treasury.

The rates submitted by banks are compiled by Thomson Reuters , parent company of Reuters, on behalf of the British Bankers' Association.