European Union agreed on Friday to expand the number of Syrian officials and institutions targeted, deferring discussion of an oil embargo until next week. 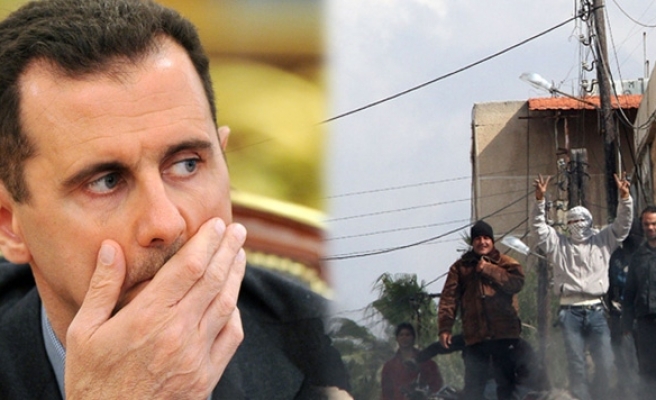 Britain has not yet decided whether to back proposed EU sanctions on Syrian oil, and is wary of measures that could hurt the Syrian people more than President Bashar al-Assad, a junior foreign minister said on Saturday.

The United States imposed an oil embargo on Syria on Thursday in protest against Assad's crackdown on civil unrest that the United Nations says has killed around 2,000 people.

But the European Union has taken a more incremental approach on sanctions. It agreed on Friday to expand the number of Syrian officials and institutions targeted, deferring discussion of an oil embargo until next week.

Some EU governments are concerned about harming their commercial interests and long-term relations with the government . Firms like Anglo-Dutch Royal Dutch Shell <RDSa.L> and France's Total are significant investors in Syria.

"We have not taken a decision on oil," British Foreign Office Minister Alistair Burt said in a BBC interview.

"Our view is that sanctions must continue to be targeted on those who support the regime, and sanctions should be considered on the basis of what will have most effect on changing that situation or improving the situation of the Syrian people."

EU countries such as Sweden have been more supportive of an embargo on Syrian oil. Europe is a major consumer of Syrian oil exports, which are an important source of revenue for Assad's government.

However, some analysts say that sanctions might drive Assad closer to Iran, and might have little short-term impact on the level of violence in Syria.

Burt said an oil embargo would need to be EU-wide, and that EU governments had to be wary of enabling Assad to blame them for any future economic hardship that Syrians suffer.

"What we have got to do and what we are doing is increasing the pressure in a manner that does not enable a Syrian spokesman to say 'You are damaging the Syrian people'," Burt said.