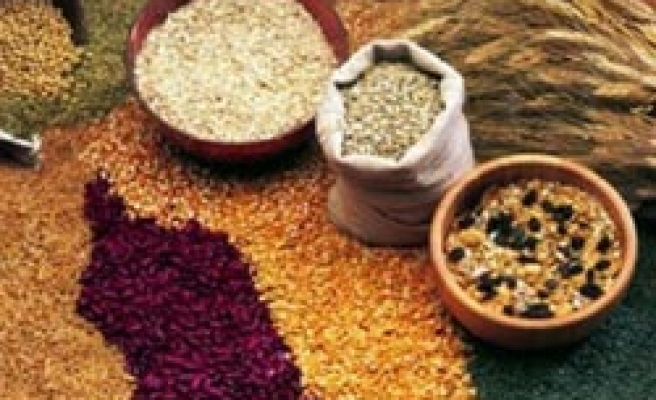 Egypt, which had previously depended on Black Sea supply for some 63 percent of its imports, says it has already replaced most of the wheat it was unable to buy after Russia's ban and is spreading the net wider to find other supplies.

Ukraine, the world's largest exporter of barley and sixth-largest of wheat, plans to limit grain exports to 2.5 million tonnes for the remainder of the year, Agriculture Minister Mykola Prysyazhnyuk was quoted as saying, confirming an earlier report. A final decision will be taken on Wednesday.

That follows the sweeping move by neighbouring Russia to ban all grain exports as crops shrivel and wildfires spring up in its worst drought in more than a century.

"This volume (of quotas) will be considered by the government (at the Aug. 18 meeting)," said the source at a Western grain trading company who asked not to be named.

Worries about damage caused to wheat in the Black Sea region, which has emerged as a key exporter to global markets, pushed benchmark U.S. wheat to a near two-year high recently, even though the outlook for crop problems into 2011 is tempered by ample stockpiles.

Front month wheat futures were up 1.69 percent at $6.75 per bushel by 1102 GMT, partially recovering from a slide induced in the previous session by forecasts for rain in Russia.

National weather forecasting service data showed on Tuesday however that periodic rains and thunderstorms on Aug. 17-19 are unlikely to bring much relief to drought-hit European Russia.

The Black Sea region includes three of the world's top ten wheat exporters and has been a well used source for several of the world's most reliant importers including number one buyer Egypt.

Hot speculation has surrounded the possible strategies to be taken by Egypt, due to its regular large forays into international markets.

Traders had told Reuters earlier that Russia was not expected to honour export deals agreed before but for delivery after Aug.15, the date it halted shipments of grain abroad.

But Trade minister Rachid said the country was well down the road to covering recent deals.

"We have already replaced most of the quantities that were contracted with Russia... Egypt is continuously in the market," Rachid said.

Egypt has purchased 360,000 tonnes of French wheat since Russia's export ban was announced. It needs to replace more than 500,000 tonnes of Russian wheat purchases affected by the ban.

Asked if Egypt was considering new origins for wheat beside the United States, France and Canada following the Russian ban, Rachid told Reuters: "There are seven or eight wheat suppliers globally. Argentina is one of them....it's a big supplier.

"We had negotiations with Argentina, a discussion on an official level and a private-sector level," he said. "We're happy to see Argentina added to our list of suppliers."