Ukraine to prepay for Russian gas today or tomorrow

According to an October deal, Russia must restart flows to Ukraine within 48 hours of receiving prepayment. 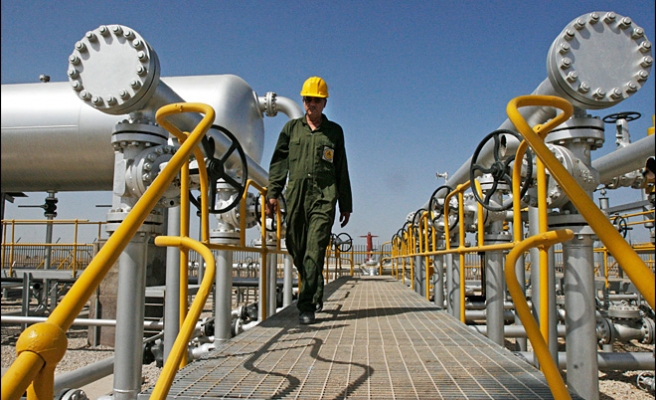 Ukraine will make a prepayment for 1 billion cubic metres of Russian gas on Wednesday or Thursday, Ukrainian Energy Minister Volodymyr Demchyshyn said, as the deepening winter forces the country to rely for energy on its powerful neighbour.

Russia, which cut off supplies to Ukraine in June because of a standoff over prices, has insisted that Ukraine pay for supplies in advance. So far, Kiev has not committed to new orders as a separatist conflict weighs on its flagging economy.

However, increasingly cold weather is forcing the country to turn to Russia as it draws down its severely depleted reserves.

"The prepayment will take place today or tomorrow, I hope today ... We've started drawing on reserves more aggressively," Demchyshyn said at a briefing.

Since the start of the heating season in late October, reserves have fallen 17 percent to 13.9 billion cubic metres as of Dec. 1, according to data from Ukrtransgaz, the state-run gas transport monopoly.

State energy firm Naftogaz declined to comment when it planned to send the payment.

According to an October deal, Russia must restart flows to Ukraine within 48 hours of receiving prepayment.

Mired in a power crisis due to a separatist conflict in industrial eastern regions that has shut down mines and rail links for transporting coal, Ukraine has also said it may depend on Russia for thermal coal and electricity to make it through the winter.

"Coal needs to be brought in from wherever possible," Demchyshyn said, adding that he would ask heavy industry to voluntarily cut electricity consumption to avoid blackouts.

Ukraine's national electricity company, Ukrenergo, said on Tuesday coal reserves at thermal power plants stood at 1.3 million tonnes, around 65 percent lower than in December 2013. It said five plants only had enough coal to last up to another four days.

Agreeing on supplies from Russia's electrical grid is now "the simplest and quickest way to balance the power system. These talks have happened and are continuing," Demchyshyn said. "This is necessary, however politically difficult."

Turning to Russia for electricity supplies is a blow for Kiev, whose relations with the Kremlin are at an all-time low following Russia's annexation of Ukraine's Crimea peninsula and its involvement in the eastern conflict in which over 4,300 have been killed.

The situation will have been exacerbated by an accident at part of the Zaporizhzhya nuclear power plant in southeast Ukraine. Although the plant is expected to return to normal on Dec. 5, the outage will place a further burden on Ukraine's struggling grid.

Dwindling reserves at thermal plants, which normally provide around 40 percent of the country's electricity, have forced Ukraine to increase nuclear power use.