Osborne said he would clamp down on technology companies which "go to extraordinary lengths to pay little or no tax here" as part of his plans to fix the budget shortfall. 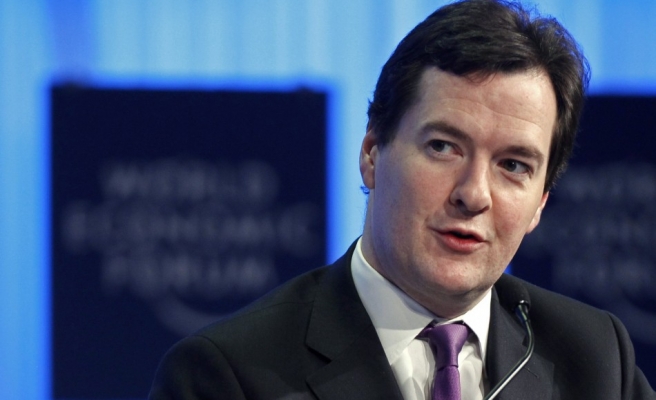 British finance minister George Osborne said on Monday he would clamp down on tax avoidance by technology companies which try to minimize their contributions to Britain's public coffers.

"Some technology companies go to extraordinary lengths to pay little or no tax here," Osborne told an annual conference of his Conservative Party.

"If you abuse our tax system, you abuse the trust of the British people. And my message to those companies is clear: we will put a stop to it."

Osborne did not mention any companies by name in his speech, which focused on the importance of bringing down Britain's budget deficit and promoting his stewardship of the economy as May's national election approaches.

Corporate tax avoidance has become a hot political topic following media coverage and parliamentary investigations into the arrangements many big firms use to reduce tax bills.

Osborne was among Group of 20 finance ministers who pushed the Organization for Economic Co-operation and Development to re-examine international rules that allow technology companies to shift profits into tax havens.

Proposals unveiled by the OECD earlier this month could eliminate structures that have allowed companies such as Google Inc and Amazon.com Inc to shave billions of dollars off their global tax bills.

However, Osborne has also introduced new tax legislation covering overseas subsidiaries which campaigners say has made it easier for companies to avoid tax and which has encouraged a raft of companies to establish their tax residence in Britain.

Osborne also sought to deflect voter attention from a Conservative party split over Europe by pledging more spending cuts to help the government's finances back to surplus.

Grappling with the defection of a second Conservative lawmaker to the anti-EU United Kingdom Independence Party, Osborne warned on Monday that a vote for UKIP risked allowing the opposition Labour party into power in May 2015.

In a speech that is likely to form the basis of the Conservative's election pitch to voters, Osborne claimed credit for returning Britain's $2.8 trillion economy to growth and said Labour had no plan to deal with rising state debt.

"I don't stand here marvelling at how much we have done. On the contrary: I am humbled by how much we have to do," Osborne told applauding party activists in the English city of Birmingham, in front of a slogan "Securing a Better Future".

"We here resolve we will finish the job that we have started," he said.

On entering office in 2010 as part of a coalition government, Cameron and Osborne had bet that if they could get Britain's economy growing again and reduce a record budget deficit then voters would feel richer by the election.

While the economy has recovered, the Conservatives have not yet drawn ahead in the polls, wages are rising at the slowest pace in more than a decade and state debt is forecast to peak at 79 percent of GDP in 2015-16.

Voters rate the Conservatives much more highly than the opposition Labour party on the economy, but with the public accounts still deep in the red, the 43-year-old finance minister has little room to offer major tax cuts ahead of the election.

Britain had to run a surplus and to do so would involve 25 billion pounds ($40.60 billion) of spending cuts, Osborne said, adding that working age benefits would be frozen for two years.

"Running an overall surplus is the only sure way of getting our dangerously high national debt down. Let the message go out from this conference ... we will fix the roof when the sun is shining," he said.

After double-digit rises in house prices, led by London, Osborne added that he was giving the Bank of England extra powers to curb a potential property boom and stop mortgages being given to people who cannot afford to repay them.

In a move aimed at the party's ageing supporter base, Osborne committed to abolishing before the election a 55 percent tax levied on pension pots of savers when they die.

The new pledge is expected to cost around 150 million pounds a year, according to a Conservative briefing note.

Britain's economy has staged a stronger-than-expected recovery since mid-2013. In his speech, Osborne said keeping the economy growing will be vital to create jobs, build more houses, fund healthcare and raise living standards.

"Britain still faces huge economic risks, at home where we've brought it down, there remains a large budget deficit and our national debt is dangerously high," he added. "Abroad our biggest markets in the euro zone are not growing."

Osborne said Labour had left Britain "on the floor" after the 2007-08 financial crisis that plunged Britain into its deepest post-war recession.

Last week, Labour promised to levy new taxes on homes worth more than 2 million pounds ($3.3 million) and on tobacco firms in order to pump cash into healthcare if it wins the election.

Osborne ridiculed the ideas of Labour leader Ed Miliband, saying his failure to mention the budget deficit in a speech last week disqualified him from being prime minister.

"Forgetting to talk about the deficit is not just some hapless mistake of an accident-prone politician, it is completely and totally a disqualification for the high office he seeks," Osborne said. "Labour were wrong and we were right."