The incident at the bank weakened the Libyan dinar against the dollar on the parallel market. 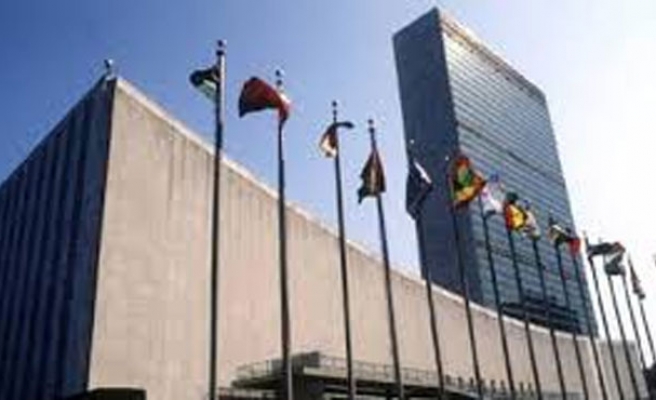 The United Nations on Thursday condemned a reported attack on an office of Libya's central bank in the eastern city of Benghazi, calling for an inquiry into the incident that has complicated talks between the country's warring parties.

The U.N. last week brought together in Geneva some of Libya's rival factions in an attempt to negotiate an end to their fight for control of the country four years after the ousting of Muammar Gaddafi.

On Wednesday, a rival parliament based in Tripoli said it would suspend its participation in the talks, accusing troops loyal to the recognized government of attacking the bank.

The official government, which has been forced to work out of the east since an armed faction called Libya Dawn seized Tripoli, denied this, saying its forces were securing the central bank in Benghazi.

The incident at the bank, which has tried to stay out of the conflict, weakened the Libyan dinar against the dollar on the parallel market. The bank is controlling the country's vital oil revenues and foreign currency reserves.

"The United Nations Support Mission in Libya condemns the reported armed attack against the Central Bank branch in Benghazi, a sovereign symbol of the Libyan State," it said in a statement.

"The Mission believes that the establishment of an independent commission of inquiry will contribute to clarifying the circumstances relating to the incident," it said.

The Tripoli-based central bank denounced the incident as an attack on one of the last functioning institutions. "This is threatening one of the last defenses of the Libyan state," the bank said in a statement.

But Adel al-Aujali, spokesman for the Benghazi branch, rejected this, telling Reuters: "The seat of the central bank in Benghazi is being secured by a marine unit."

A Reuters reporter could see damage to the bank building located in the city center, the scene of heavy battles for weeks between eastern government troops and Islamist fighters.

A video posted on social media purportedly showed soldiers identifying themselves as members of a marine unit touring the bank whose basement was flooded. Chairs, papers and broken glass was lying on the floor, while gunfire could be heard outside.

Both conflict parties have been fighting for control of the oil producer and appointed separate heads for the central bank which held $109 billion in foreign reserves at the end of June, the last published figure. Experts believe the figure has fallen due to a slump in oil output.

Oil revenues are booked abroad on accounts of a state bank to which only the central bank has access. About half of the currency reserves are held in illiquid or rather exotic assets such as equity stakes from Italy to Bahrain or Chinese bonds.