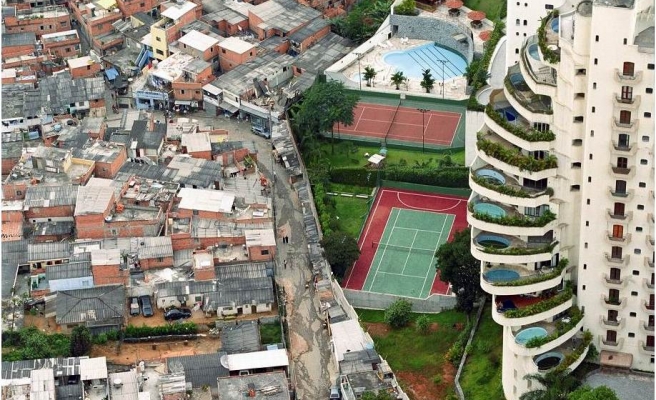 World Bulletin / News Desk
A new report published by the U.N. has warned that inequality could undermine the foundations of development and social and domestic peace.
A sustained reduction in inequality requires a shift to more inclusive growth patterns -- supported by redistributive policies and changes in social norms -- the report launched on Wednesday by the United Nations Development Program (UNDP) says.

"The report explores the causes and consequences of the inequalities which divide us -- within and between countries -- and argues that there is nothing inevitable about growing inequality."

UNDP says income inequality has increased by 11 percent in the developing countries between 1990 and 2010. A significant majority of households in developing countries -- more than 75 percent of the population -- are living today in societies where income is more unequally distributed than it was in the 1990s.

Despite overall declines in maternal mortality in the majority of the developing countries, women in rural areas are still up to three times more likely to die while giving birth than women living in urban centres.

"Women are also participating more in the workforce, but remain disproportionately represented in vulnerable employment and underrepresented among political decision makers, while continuing to earn significantly less than men," the UNDP report said.

UNDP highlights that evidence from developing countries shows that children in the lowest wealth regions were up to three times more likely to die before their fifth birthday than children born in the highest wealth regions.

Social protection has been extended, yet people with disabilities are up to five times more likely than average to incur catastrophic health expenditures.

UNDP’s report came after US President Obama's State of the Union speech, billed as focusing on income inequality.

"After four years of economic growth, corporate profits and stock prices have rarely been higher, and those at the top have never done better. But average wages have barely budged. Inequality has deepened. Upward mobility has stalled. The cold, hard fact is that even in the midst of recovery, too many Americans are working more than ever just to get by -- let alone get ahead. And too many still aren't working at all," Obama said.
Last Mod: 02 Şubat 2014, 15:02
Add Comment