US Congress to pressure OPEC with Trump support

If signed into law, NOPEC Act would allow US to sue OPEC for manipulating oil prices, damaging American economy 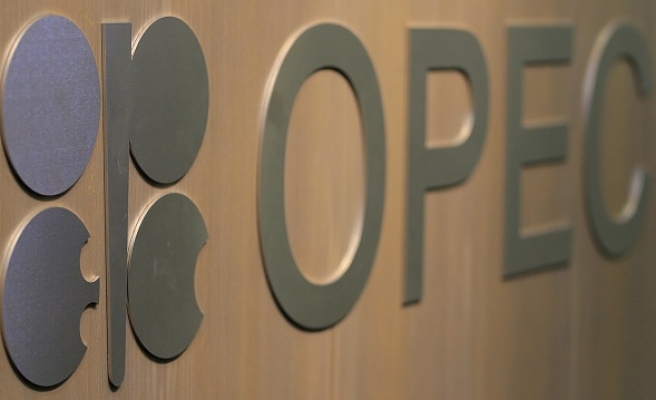 A legislation being debated in Congress could put pressure on OPEC if it is signed into law by President Donald Trump who has long been critical of the cartel's practices.

If the No Oil Producing and Exporting Cartels Act, or NOPEC, is signed into law, it would allow the U.S. to sue the cartel for manipulating crude prices and global oil market that caused enormous damage for the American economy and consumers.

In November 2014, led by then-Saudi Oil Minister Ali Al-Naimi, the Kingdom had refused to listen to other cartel countries' appeal to cut output in order to rid oversupply in the global market to boost lower oil prices.

Spearheaded by Saudi Arabia, OPEC had agreed to keep its oil production unchanged -- a strategy that is seen by many analysts as an attempt to keep global oil supply high, lower crude prices even further and kick high-cost U.S. shale oil producers out of the market.

With oil prices diving below $30 per barrel in January 2016 to their lowest level in 13 years, OPEC's strategy was disastrous for the American oil industry.

"Around $250 billion investment in U.S. oil market disappeared, 250,000 jobs were lost, more than 300 oil companies in the U.S. declared for bankruptcy. And, countless billions of dollars were lost in tax revenue," Ed Hirs, an energy economist at the University of Houston said.

"It [the Act] should have been brought up in 2014, or certainly in 2015, when OPEC set out and launched an attack against the U.S. I think, the president and the Congress would have responded very differently," he added.

The NOPEC Act was first introduced in 2000 to allow the cartel to be sued by the U.S. in violation of anti-trust laws. It has been introduced around 16 times since then, but former presidents George W. Bush and Barack Obama were openly against it.

"In the energy industry our players get hurt, because some actions by OPEC -- flooding the market with oil at a time where normally they wouldn't have in the past -- ended up prices going too low during the production war, knocking out a lot of investment that we probably are going to need in future," senior market analyst Phil Flynn from Chicago-based futures brokerage firm, Price Futures Group, told Anadolu Agency.

"I would argue that OPEC conspired to knock a lot of energy producers out of business so that they could maintain the market share. And I think they succeeded in doing that in a large degree," he said.

NOPEC was sent for discussion to the House floor last week by the House Judiciary Committee. And, this time, if it passes, it could be signed into law by Trump.

The president has recently upped his criticism against OPEC. "Oil prices are too high, OPEC is at it again. Not good!", Trump wrote last week. And in April: "Looks like OPEC is at it again. With record amounts of Oil all over the place, including the fully loaded ships at sea, Oil prices are artificially Very High! No good and will not be accepted!"

Trump's criticism of the cartel dates back decades. In his 2011 book, Time to Get Tough: Making America #1 Again, he wrote: "We can start by suing OPEC for violating antitrust laws." In his 1987 book, Trump: The Art of the Deal, he wrote, "There was just one problem: OPEC. Almost immediately, oil prices started going through the roof, which devastated the airlines."

During an interview with CNN's Larry King in 2009 in the middle of the financial crisis, Trump said: "When the economy starts getting better, you will have an OPEC problem. They'll just start raising the price of oil again and destroy the economy ... as soon as the world comes back, OPEC will raise its ugly head and destroy it again."

OPEC, however, along with the world's major crude producer, Russia, agreed at the end of 2016 to lower their oil production by 1.8 million barrels per day (bpd) from the beginning of 2017 to boost prices. The agreement was later extended until the end of 2018. Last month oil prices rose to $80 per barrel.

Although Trump is still critical for high crude prices and rising gasoline prices that hurt American people at pumping stations, higher crude prices has helped the U.S. shale and oil industry in general.

"The fact is they produce oil for a whole lot less than it would cost the U.S. to be self-sufficient," he said.

Flynn said even if NOPEC passes Congress and signed into law, the major problem would be to enforce it.

"I mean you're going to have to bring a lot of lawsuits against OPEC as a cartel and try to fight it in our courts. Whether or not some of these countries in the cartel will actually react to it remains to be seen. So it's going be kind of crazy," he said.

Whether the U.S. could impose sanctions on OPEC countries and officials, Flynn said it could be a possibility.

He said, however, if the U.S. places tariffs on OPEC's oil, it would cost the U.S. more to import oil.

"I think it's going to be very difficult thing to enforce," he concluded.