Private Cuban entrepreneurs may export some goods, services but unclear if Cuban government will permit such exports 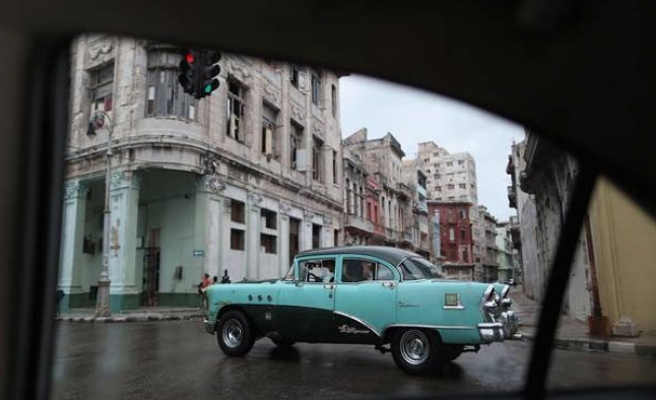 The United States on Friday eased restrictions on imports of goods and services from private Cuban entrepreneurs as part of Washington's rapprochement with Havana after more than half a century of enmity.

However, the State Department said many goods were excluded from the liberalization, including tobacco, vegetable products and some textiles, and it was unclear whether Cuba would relax its own rules to permit Cubans to export to the United States.

The U.S. State Department said the import of all goods was now allowed except in certain broad categories, including live animals, vehicles, mineral products, machinery and some base metals. Exports of all services are permitted.

It was not immediately clear, however, what Cuban goods would find their way to the U.S. market. One sanctions expert suggested that these could include such items as artisanal soap, pottery and jewelry.

Of greater significance may be the opening up for services, which could allow Cuban graphic designers, computer programmers, market researchers or party planners to acquire U.S. clients.

The move is the latest step toward normalization after the United States and Cuba agreed on Dec. 17 to begin the process of restoring diplomatic ties and U.S. President Barack Obama called for an end to the long economic embargo against its old Cold War enemy.

"They are changing the thrust of U.S. policy to allow the private sector in Cuba to blossom," said Pedro Freyre, chair of law firm Akerman LLP's international practice.

"Of course there are two ends to this. We are still waiting to see how it is going to play out in Cuba."

Under Cuban law, private sector entrepreneurs cannot independently import and export products or services without a government license. However, artists are allowed to sell their work to foreigners, and there is also an exotic bird cooperative that obtained a license in 2013.

Philip Peters, president of the Cuba Research Center in Alexandria, Virginia, said the step put the ball in Cuba's court to see how it would react to opening up the private sector.

"It's a very important barrier that's been broken. We'll see how the Cuban government reacts," he said, saying Obama was opening up trade in broad categories. "He's not micro-managing. President Obama is leaving it to the imagination of both sides."

After 18 months of secret talks, Obama and Cuban President Raul Castro agreed in a Dec. 17 phone call on a breakthrough prisoner exchange, the formal reopening of embassies and an easing of some restrictions on commerce.

Obama's call for an end to the economic embargo drew resistance from Republicans who in January took control of both houses of Congress and who oppose normal relations with the Communist-run island.

However, Obama said he was ending what he called a rigid and outdated policy of isolating Cuba that had failed to achieve change on the Communist-led island.

His administration's policy shift includes allowing use of U.S. credit and debit cards, increasing the amount of money that can be sent to Cubans and allowing export of telecommunications devices and services.

Beyond securing permission from their own authorities, another problem for potential Cuban exporters may be coming up with "documentary evidence" that will satisfy the U.S. government that they are indeed private entrepreneurs.

"The problem is going to be proving that it is in fact a private-sector exporter," said Cari Stinebower, a partner with the law firm Crowell & Moring.

Nelson Espinosa, 31, a street merchant in Havana who sells carved wood artifacts, including old Cuban cars and miniature drums sets, said he was pleased by the idea of exporting to the United States but would prefer American visitors to Cuba.

"It's good news if now we can sell to the U.S. market," he said adding. "It's not really our goal. What we really want are the American tourists. That would be much easier for us than all the hassles of getting licenses to export through the airport."