US, EU negotiators say trade talks off to a good start

Talks on a landmark free-trade agreement between the United States and the European Union are off to a good start despite reports about U.S. spying that have raised concerns across Europe. 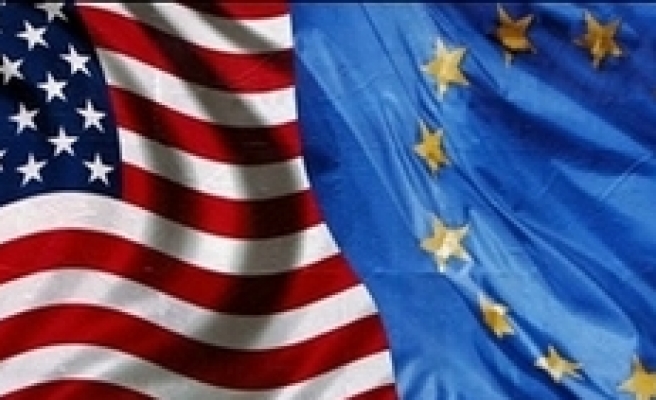 Talks on a landmark free-trade agreement between the United States and the European Union are off to a good start, U.S. and EU officials said on Friday, despite reports about U.S. spying that have raised concerns across Europe.

"From the point of view of the European Union, the work this week has been very productive," chief EU negotiator Ignacio Garcia-Bercero told reporters at a joint news conference with his U.S. counterpart, Daniel Mullaney.

The United States and the EU are already the world's largest trade and investment partners but are struggling with slow economic growth, particularly in Europe.

They hope to create new jobs on both sides of the Atlantic by striking a deal to eliminate remaining tariffs on each others' goods and to reduce regulatory barriers to trade in areas ranging from agriculture to chemicals to services.

"Our overarching priority is to promote U.S. economic interests and to provide increased opportunities for American workers, businesses, farmers and ranchers, and we are very optimistic about our prospects," Mullaney said.

This week's first round of talks mainly set the stage for more substantive negotiations in the weeks and months ahead as the two sides strive to reach a deal by late 2014.

But after more than a year of preparations, the talks started this week under a cloud because of reports of U.S. spying on EU offices.

That initially prompted France to suggest that the talks be delayed for two weeks. Instead, U.S. and EU officials held a separate meetings early this week to discuss those issues and are expected to continue those talks in coming weeks.

Revelations about the National Security Agency's widespread surveillance of phone records and Internet activity also has focused attention on an U.S. objective of making it easier for companies to move electronic data across borders.

That has raised concerns that the proposed deal, known as Transatlantic Trade and Investment Partnership, could weaken data-privacy rules that many Europeans hold dear.

Both Garcia-Bercero and Mullaney played down that concern.

"It's perfectly possible to talk about these issues without in any way bringing into question the data-privacy standards of the European Union. That's certainly something that we do not intend to compromise," Garcia-Bercero said.

"We are confident that we can put in place provisions that would encourage data flows and respect the privacy regimes that each side values so much," Mullaney added.

The second round of talks are set for Brussels in October, although negotiators are expected to continue discussions by phone, email and other means.