The planned sanctions over Russia's aggression toward Ukraine would ban U.S. and European companies from cooperating with Russia on searching its Arctic territory, deep seas or shale formations for crude 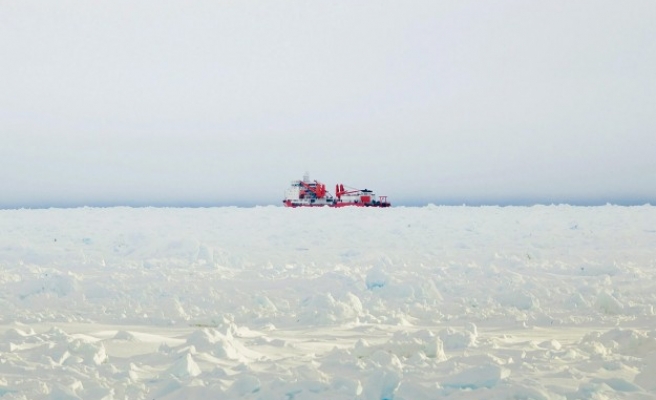 The planned sanctions over Russia's aggression toward Ukraine would ban U.S. and European companies from cooperating with Russia on searching its Arctic territory, deep seas or shale formations for crude, said two U.S. officials who spoke on condition of anonymity because the measures have not been made public.

The measures, which one of the sources said represented "preliminary thinking," would expand sanctions the Obama administration announced in July and ban U.S. and EU cooperation on all energy services and technology in the unconventional oil fields. The previous sanctions only banned some technology at those locations.

Russia, along with the United States and Saudi Arabia, is one of the world's top oil producers and is the main energy supplier to Europe. But its conventional oil fields are in decline, so it must move to frontier sources in Siberia and the Arctic to keep the oil flowing.

Exxon signed a $3.2 billion agreement in 2011 with Russian company Rosneft Oil Co to develop the Arctic. The Texas-based multinational was considered one of the few companies capable of drilling in the harsh, deep waters there.

The new sanctions, if applied, would be harmful to Russia's future prospects because they would target fields five or 10 years from producing oil. But application of the sanctions could be prevented if Russia sticks to a cease fire, and depends on several factors including actions by the EU.

The planned sanctions were first reported by Bloomberg.

European Union officials have delayed a decision on whether to implement measures against Russia. They will meet for further talks on Thursday.

Once the EU implements the new ban on sharing energy technology and services, the United States would follow suit with similar measures, including barring the export of U.S. gear and expertise for the specialized exploration that Russians are unequipped to pursue on their own.

THE GLOVES COME OFF

Any new sanctions on services and technology related to Russia's oil frontier would signal that the United States and EU are "taking the gloves off and are aiming directly at the major source of Russia's potential future energy production growth," said Robert McNally, a White House energy adviser to former President George W. Bush who now heads the Rapidan Group, an energy consultancy.

He cautioned that the new plan would only succeed if EU and U.S. cooperation is tight. "Both must ensure other countries do not step in and provide services and technology they will be withdrawing," McNally said.

In July, Exxon began bringing a rig called West Alpha from Norway to the Russian Arctic. The company is hoping for a major discovery in the Kara Sea with Rosneft.

Exxon spokesman Alan Jeffers declined to comment on the future of the rig but said it is company policy to comply with all laws and that it is assessing sanctions on Russia.

BP will study the sanctions and "as always we will comply with all applicable sanctions," said spokesman Brett Clanton.