US government shutdown may serve as reminder 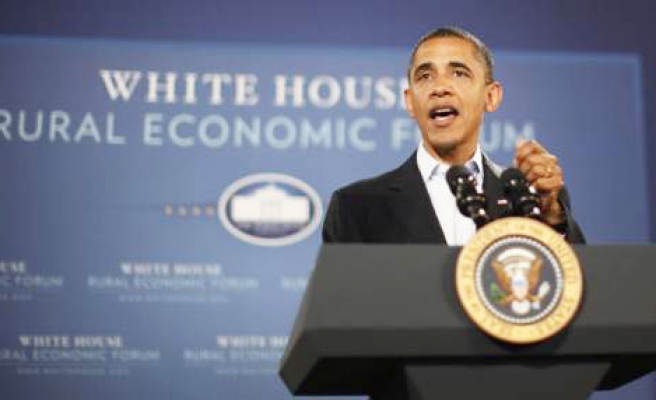 As thousands of government employees brace themselves for possible unpaid leave Tuesday morning, experts have warned that a possible government shutdown would be felt far beyond Washington’s corridors.

“A lot of people depend on the federal government even if they don’t see it as a federal government function. And that’s what happens in these cases. That’s when citizens become enraged at a government closure when they see services go away that they didn’t actually understand were government services,” said John Hudack, a fellow at the Brookings Institution, a Washington think tank.

He added, “A shutdown shows them the true reach of the government. In that sense, quite a bit of life will be interrupted for many people.”

Such a closure seems all the more likely as House Republicans early Sunday passed a temporary budget plan that would offset the implementation of the Affordable Care Act, President Obama’s signature healthcare overhaul, for a year. The House plan will now go back to the US Senate where Democratic lawmakers have vowed that any change to the Act would be thrown out.

Both the US House of Representatives and Senate have to agree on a budget by midnight Monday to avoid a government shutdown. They could also attempt to pass a temporary spending measure, but the chances of that happening appear slim.

A shutdown hasn’t occurred since the government closed its doors for a three-week stretch from December 1995 to January 1996.

Nearly seventeen years on, Americans may have an even lower threshold for tolerating a similar shuttering, said Scott Lilly, a senior fellow with the Center for American Progress think tank in Washington.

“I can’t imagine that it would drag on for even weeks, because the consequences would really immediately start to become pretty severe,” he said.

Under any closure, essential government bodies that “protect life and property”, mainly those involved in national defense, would remain open. But employees might have to forego immediate compensation with the hope that they would be paid retroactively by Congress.

Passport agencies, and national parks would be closed under a shutdown. But even those agencies that are not fully closed could see a significant drop in their civilian workforce.

The impacts would be keenly felt in DC where the division between the federal and local government is, in many cases, opaque. Trash pickup and parking enforcement may be halted, and the renowned Smitsonian Museums would be closed.

The largest sticking point between Republicans and Democrats is unquestionably the Affordable Care Act, which would overhaul America’s healthcare system. In the plan, all Americans would be required to purchase health insurance, and the rules under which healthcare companies operate would be significantly transformed.

The Act is a key achievement of the Obama administration, and the President has said he intends to ensure that it would be fully implemented. Speaking last Thursday at Prince George’s Community College in Maryland, President Obama said that his political opponents feared the success of the plan.

"The Republican party has just spun itself up around this issue. And the fact is the Republicans' biggest fear at this point is not that Affordable Care Act will fail. What they're worried about is it's going to succeed."

But for many Republicans this plan signals the government’s overreach into the lives of its citizens, according to Hudack.

“Some Republicans feel that the government is going to be playing too much of a role in the daily healthcare decisions that Americans make,” he said.

Of those Republicans, the staunchest are members of the far-right nascent Tea Party, a segment of the Republican Party that is dedicated to a reduction in the size and role of the government. Their unwillingness to compromise has, in some instances, brought them into conflict with their own party’s leadership.

Speaker of the House John Boehner has occassionally had a difficult time getting Tea Party members to toe the party line. Lilly remarked that “[Boehner’s] got a terrible problem with respect to followership. He’s got a conference made up of a lot of people that are not only inexperienced, but largely ignorant of the nature of American government, and the political process that has allowed this country to function in a civilized manner for the last 220 years.”

Mr Lilly further emphasized the dangers that such a movement can bring, saying, “Countries can get seriously off-track when a group like that gets power and starts to use it without any concern for the greater good of the country.”

Shutdown a reminder of partisanship

If the government is forced to close some of its agencies Tuesday morning, many Americans would be reminded of the problems that continue to persist in Washington, according to Lilly.

“I think it is highly unfortunate that we have to go through this. I do think there is an opportunity for a greater segment of the American people to understand the kind of problem that we have in Washington now, because this is only one symptom of a much deeper problem, which is a dysfunctional government due to the strident ideological divide in the country,” he said.

Another shutdown looms later this month over the government’s borrowing cap.

I am so weary of the GOT's antics. Watching the way the world markets have reacted the last few weeks, if we give them another year like they want, the uncertainty will have us all dead and buried alive.2014 could not come soon enough. The odd thing is, much like how no matter what the polls said and was so obvious during last election, they demanded Romney will win the Presidency and had the whole base demanding they didn't lose even after the election was over and Obama won by 5 million votes even taking some surprise conservative states. 'They' just refuse to get it, no matter what the cost to the nation or their party. They are inescapably daft.