The United States is poised to step back from the brink of economic disaster on Tuesday as a bitterly fought deal to cut the budget deficit is expected to clear the Senate and Obama's desk. 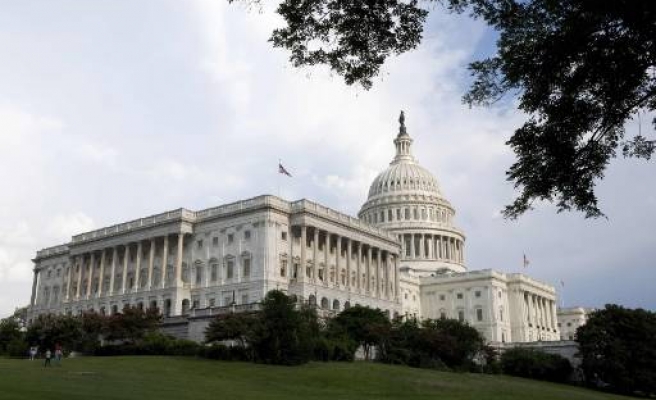 The United States is poised to step back from the brink of economic disaster on Tuesday as a bitterly fought deal to cut the budget deficit is expected to clear the Senate and President Barack Obama's desk.

Just hours before the Treasury's authority to borrow funds runs out -- risking a damaging U.S. debt default -- the Senate was expected to approve the deal to cut the country's bulging deficit and lift the $14.3 trillion debt ceiling enough to last beyond the November 2012 elections.

The bill cleared its biggest hurdle on Monday evening when the Republican-led House of Representatives passed the measure despite noisy opposition from both conservative Tea Party members, who wanted more spending cuts, and liberal Democrats angered by potential hits to programs for the poor.

The vote in the Democratic-controlled Senate, due to take place at noon EDT (1600 GMT), is expected to be less dramatic. If approved, Obama would sign the bill into law shortly afterward.

That would mark the end of a fierce partisan battle that has paralyzed Washington for weeks and spooked investors already nervous about the weak U.S. economy and sovereign debt woes in Europe.

But it would by no means signal an end to uncertainty over the sustainability of U.S. tax-and-spending policies and the deep political divide that the deficit debate has exposed.

Relief in financial markets over an end to the gridlock on Monday quickly turned to concern about the struggling U.S. economy and the risk that the deal is not enough to avoid a possibly damaging downgrade of the top-notch U.S. debt rating.

The plan approved by the House on Monday would raise the existing $14.3 trillion borrowing limit by enough to last into 2013. It calls for $2.1 trillion in spending cuts spread over 10 years and creates a congressional committee to recommend a deficit-reduction package by late November.

Two major ratings agencies have said that $4 trillion in deficit cuts would allow them to confirm America's AAA rating.

"The resolution to the debt ceiling does remove one cloud of uncertainty but it does not change the economic reality," said Greg McBride, senior financial analyst at Bankrate.com.

The compromise deal was agreed after weeks of angry debate and brinkmanship between Democrats and Republicans.

With unemployment above 9 percent and the economy barely growing so far this year, Americans have become increasingly angry over the partisan attacks and refusals to compromise.

They may soon face the next round of noisy sparring over ideologically fraught tax and spending policies.

The new debt committee's work is likely to launch sharp political rhetoric as the November 2012 presidential and congressional elections near and arguments break out over the expiration at the end of 2012 of tax cuts pushed through by former President George W. Bush.

The deal in Congress is a far cry from a $4 trillion deficit-reduction pact including revenue increases that Obama and House Speaker John Boehner, the top Republican in Congress, appeared close to clinching just over a week ago.

Although all sides conceded some ground to secure a deal, the final bill represented a triumph for the Tea Party camp in the Republican Party, which dug in its heels against any tax hikes and pushed for spending cuts.

Many congressional Democrats were dismayed that Obama and their party leadership did not do more to include some tax increases and provide more protection for social programs.

"I understand that this train is leaving the station, but it is going in the wrong direction," said Representative Jim Moran, a Democrat from Virginia.