The BNP Paribas guilty plea is the direct consequence of a broader U.S. Justice Department shift in strategy that is expected to snare more major banks for possible money laundering or sanctions violations 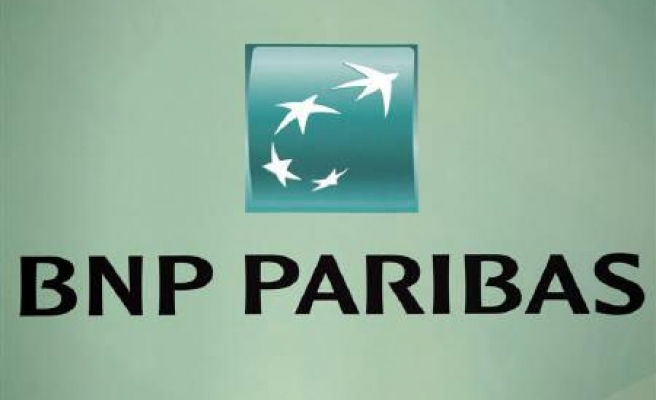 French bank BNP Paribas has pleaded guilty to two criminal charges and agreed to pay almost $9 billion to resolve accusations that it had violated U.S. sanctions against Sudan, Cuba and Iran, in a severe punishment aimed at sending a clear message to other financial institutions around the world.

The BNP Paribas guilty plea is the direct consequence of a broader U.S. Justice Department shift in strategy that is expected to snare more major banks for possible money laundering or sanctions violations.

In an unprecedented move, regulators banned BNP for a year from conducting certain U.S. dollar transactions, a critical part of the bank's global business, in addition to the fine which was a record for violating American sanctions.

U.S. authorities said the severe penalties reflected BNP's violations going back to at least 2004 and through to 2012 and its drive to put profits first, even after U.S. officials warned the bank of its obligation to crack down on illegal activity.

BNP shares rose 4.1 percent by 0945 GMT, the strongest performer in the European bank index because of relief that the bank had finally settled the case. The stock is still down around 16 percent since mid-February because of the affair.

The bank essentially functioned as the "central bank for the government of Sudan", concealed its tracks and failed to cooperate when first contacted by law enforcement, U.S. authorities said.

They also found BNP Paribas had evaded sanctions against entities in Iran and Cuba, in part by stripping information from wire transfers so they could pass through the U.S. system without raising red flags.

With its Sudanese clients, the bank admitted it set up elaborate payment structures that routed transactions through satellite banks to disguise their origin.

"BNPP banked on never being held to account for its criminal support of countries and entities engaged in acts of terrorism and other atrocities, but that is exactly what we did today," said Manhattan U.S. Attorney Preet Bharara, whose office helped to prosecute the case.

"We deeply regret the past misconduct that led to this settlement," BNP's Chief Executive Officer Jean-Laurent Bonnafe told analysts and investors on a conference call on Tuesday. He said the bank would implement a significant strengthening of its internal controls and processes.

The settlement marks a stinging rebuke for BNP, the grand dame of French banking and one of the world's five biggest banks by assets. Until now BNP Paribas had managed to avoid the sort of scandals that damaged most of its rivals, including interest rate manipulation and the mis-sale of U.S. sub-prime mortgages.

From the bank's historic Parisian headquarters, where Napoleon married Josephine in 1796, BNP Paribas management has always prided itself on its tight risk controls which helped it successfully navigate the financial and euro zone debt crises.

The Swiss financial regulator said it was investigating staff at BNP Paribas' Swiss arm after the bank's general counsel appeared in a New York court to plead guilty to one count of falsifying business records and one count of conspiracy.

A pipeline of cases has built up as U.S. prosecutors have pivoted from focusing on specific criminals to also vigorously pursuing financial institutions that move money for them, which some had in the past considered "too big to jail".

Leslie Caldwell, who leads the criminal division at Justice Department, said in an interview that a unit within the Justice Department has its sights set on a range of firms potentially involved in illicit money flows.

"I think that we'll probably see other financial institutions, regional banks, maybe some smaller banks ... ," Caldwell said during an interview on Friday, speaking of cases in the pipeline. She declined to name specific firms.

The penalties imposed on BNP Paribas dwarf any previously handed out for sanctions avoidance and are far bigger than those against Credit Suisse in May, which became the largest bank in decades to plead guilty to a U.S. criminal charge, for helping Americans to evade taxes.

No individuals were charged on Monday, but U.S. authorities said they had not wrapped up their inquiry. "The case which BNP is pleading to now is against the corporation alone, but our investigation into potential individual culpability is continuing," Manhattan District Attorney Cyrus Vance said.

BNP said it would take an exceptional charge of 5.8 billion euros ($7.9 billion) in the second quarter of this year. It plans to keep its dividend payment at 1.5 euros per share this year, the same as in 2013, and expects its core capital adequacy ratio to be around 10 percent at the end of June, consistent with long-term targets. The bank had been expected to cut its dividend, sell bonds or some assets to help pay for the fine.

"While the settlement is very significant it does not call into question the solidity of BNP Paribas," Bonnafe said.

A fine of up to $10 billion and a dollar clearing ban had been widely expected, and analysts said keeping the dividend intact was positive.

"The size of the fine we knew, the reaction is more to do with BNP's extremely reassuring comments and the efforts made to protect the dividend," said Francois Chaulet, fund manager at Montsegur Finance in Paris.

BNP Paribas will have to suspend its dollar-clearing operations through its New York branch and other U.S. affiliates during all of 2015 at the business lines where the misconduct took place, the U.S. authorities said.

The ban could trigger a client exodus, and it is not clear how BNP may blunt its impact. It said it would clear the affected dollar-clearing operations through another bank, which it did not name. "We have not observed any massive uncertainty among clients," said BNP Finance Director Lars Machenil.

The ban was proposed as one condition for not revoking BNP's license to operate in New York, which would have effectively been a death warrant, sources had previously told Reuters.

In addition, the bank will need to prohibit all U.S. dollar clearing as a correspondent bank for unaffiliated third-party banks in New York and London for two years.

Authorities said 13 individuals, including Group Chief Operating Officer Georges Chodron de Courcel, would leave the bank, out of 45 employees who were disciplined.

Most of BNP's failures related to transactions with Sudan, which the U.S. imposed sanctions on in 1997. It strengthened them in 2006 because it said the government there supported terrorism and violated human rights, in particular with respect to a conflict in Darfur.

Bonnafe said the failures that came to light in the course of the investigation "run contrary to the principles on which BNP Paribas has always sought to operate".

But internal bank memos revealed in the settlement showed BNP officials were aware of the humanitarian crisis in Sudan and the ties of the government with al Qaeda founder Osama bin Laden, but chose to do business with Sudan because it was commercially attractive.

Vance said prosecutors insisted on a guilty plea because of how long the conduct went on, even well after the inquiry began, the volume of transactions, and the nature of the conduct.

France's bank supervisor ACPR said that the bank could cope with the sanctions without risking its financial health, and the country's Finance Minister Michel Sapin said the bank "will still be able to finance economic activity" in France.

BNP, which has 190,000 staff and more than 34 million customers across Europe, the United States and Asia, said the settlement would not affect a strategic plan it laid out in March. Its plan includes expansion in North America, where it owns San Francisco-based Bank of the West and First Hawaiian Bank, to raise revenue and profits outside European markets.