The investigation began before S&P, a unit of McGraw-Hill, downgraded the long-term U.S. debt from a AAA rating to AA-plus this month. 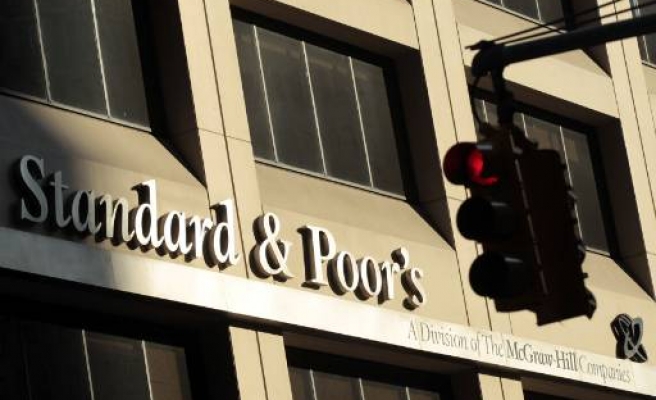 The U.S. Justice Department is investigating whether Standard & Poor's improperly rated dozens of mortgage securities in the years before the financial crisis, The New York Times reported on Wednesday, citing sources familiar with the matter.

The investigation began before S&P, a unit of McGraw-Hill <MHP.N> <MHR.TO>, downgraded the long-term U.S. debt from a AAA rating to AA-plus this month.

In the mortgage investigation, the Justice Department has been asking about instances in which S&P analysts wanted to assign lower ratings to mortgage bonds but may have been overruled by S&P business managers, the Times reported.

It was unclear whether the Justice Department investigation involves the other two ratings agencies, Moody's Corp <MCO.N> and Fimalac SA's <LBCP.PA> Fitch, or only S&P, the newspaper said.

A Justice Department spokesman was not immediately available for comment.

Ed Sweeney, a spokesman for S&P, told the newspaper in an e-mail that the agency had received several requests from different government agencies over the last few years and that it was cooperating with these requests.

The Times said that despite the outcry over the ratings agencies' failures in the financial crisis, investors still rely heavily on ratings from the three main agencies for their purchases of sovereign and corporate debt, as well as other complex financial products.

Companies and some countries, though not the United States, pay the agencies to receive a rating. For decades, the government issued rules that banks, mutual funds and others could rely on a AAA stamp of approval for investing decisions -- which bolstered the agencies' power, the newspaper said.

A successful case or settlement against a giant like S&P could accelerate the shift away from the traditional ratings system, the Times said.

For instance, the Dodd-Frank financial reform overhaul sought to decrease the emphasis on ratings, but bank regulators have been slow to spell out how the reform would work. Financial historians told the newspaper that a government case that showed problems beyond ineptitude might spur greater reforms.

S&P has been under fire from lawmakers, market players and the U.S. Treasury Department since its decision to cut the U.S. credit rating.

The U.S. Securities and Exchange Commission was also reviewing whether S&P followed all of its policies leading up to the credit downgrade, according to sources familiar with the review.

Key committees in Congress may also hold hearings about the downgrade and reforms of the ratings industry.