U.S. job growth grinds to a halt in August

The report underscored the frail economy and kept fears of a recession on investors' radar. 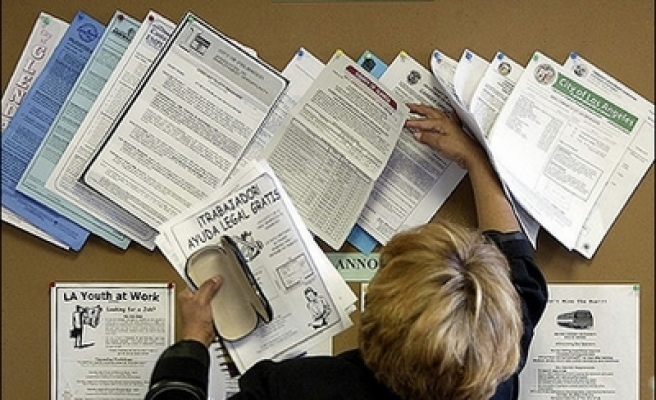 U.S. employment growth ground to a halt in August as sagging confidence discouraged already skittish businesses from hiring, keeping pressure on the Federal Reserve to provide more stimulus to aid the economy.

Nonfarm payrolls were unchanged, the Labor Department said on Friday, the weakest reading since September. Economists had expected a gain of 75,000 jobs. The report underscored the frail economy and kept fears of a recession on investors' radar.

"The economy is slowly grinding to a halt. The problem, however, on the policy side is that I wonder whether the numbers are truly weak enough to galvanize a political response," said Steve Blitz, senior economist at ITG in New York.

Adding to the weak tenor of the report, nonfarm employment for June and July was revised to show 58,000 fewer jobs.

Despite the lack of employment growth, the jobless rate held steady at 9.1 percent. The unemployment rate is derived from a separate survey of households, which showed an increase in employment and a tick up in the labor force participation rate.

A strike by about 45,000 Verizon Communications workers helped push employment in the information services down by 48,000.

An acrimonious political fight over U.S. debt, which culminated in the downgrade of the country's AAA credit rating from Standard & Poor's, and a worsening debt crisis in Europe ignited a massive stock market sell-off last month and sent business and consumer confidence tumbling.

With the unemployment rate stuck above 9 percent and confidence collapsing, President Barack Obama is under pressure to come up with ways to spur job creation. The health of the labor market could determine whether he wins a second term in next year's elections.

Obama will lay out a new jobs plan in a speech to the nation on Thursday.

The weak employment data could strengthen the hand of officials at the U.S. central bank, who were ready at their August meeting to do more to help the sputtering economy.

The Fed cut overnight interest rates to near zero in December 2008 and it has bought $2.3 trillion in securities. Many analysts say its arsenal is now largely depleted, although they expect it to do more to try to prop up growth.

Although hiring cooled, there is little sign companies responded to the darkening outlook by laying off workers. First-time applications for state unemployment benefits have hovered around 400,000 for weeks.

"We do not expect the economy to slump, but rather to slouch and stagger," said Patrick O'Keefe, head of economic research at the accounting firm of J.H. Cohn in Roseland, New Jersey.

Still, analysts warn the economy is so weak, any fresh shock could send it tumbling. In the first half of the year, the economy expanded at less than a 1 percent annual rate, bad news for the estimated 14 million unemployed Americans.

Private payrolls increased only 17,000 after rising 156,000 in July. Government employment fell 17,000, contracting for a 10th straight month. The decline in government payrolls was tempered by the return of 23,000 state workers in Minnesota after a partial government shutdown in July.

Details of the employment report were weak, with manufacturing payrolls falling 3,000, reflecting the slump in business confidence. Factories added 36,000 new workers in July as disruptions to motor vehicle production caused by a shortage of parts from Japan eased.