U.S. job growth accelerated more than expected in July as private employers stepped up hiring, easing fears the economy was sliding into a fresh recession. 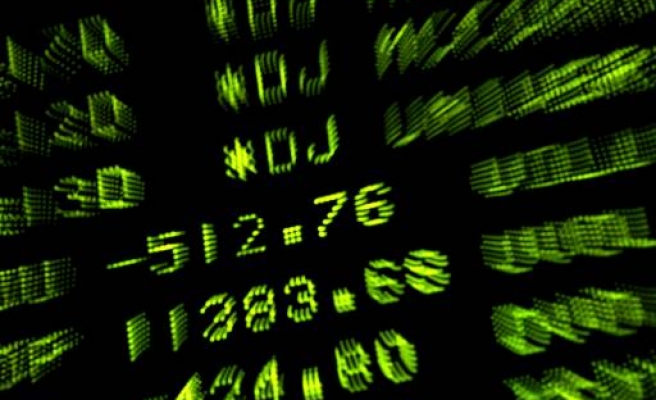 U.S. job growth accelerated more than expected in July as private employers stepped up hiring, easing fears the economy was sliding into a fresh recession.

Nonfarm payrolls increased 117,000, the Labor Department said on Friday, above market expectations for an 85,000 gain. In the same report, the count for May and June was revised to show 56,000 more jobs added than previously reported.

The unemployment rate dipped to 9.1 percent from 9.2 percent in June, but that was because discouraged job-seekers gave up the hunt.

Still, the report was heartening after a rush of disappointing data over the past week that had fed fears the U.S. economy could be heading for a downturn.

"While I do not think this sounds the all-clear signal, it does quell some of the conversation that the U.S. is falling back into a recession," said Tom Porcelli, chief U.S. economist at RBC Capital Markets in New York.

"There are still plenty of headwinds, like Europe. This report pulls us back from the ledge a little bit."

Fears the economy might be sliding into recession, coupled with Europe's inability to tame its spreading debt crisis, have roiled global financial markets. Some economists have put the odds of a U.S. recession as high as 40 percent.

The data offered some support for global stocks, which were down for an eighth straight day. U.S. stocks opened higher, one day after major indexes had tumbled more than 4 percent.

Prices for U.S. Treasury debt slid, while the dollar trimmed losses against the yen. However, gold prices held firm; some investors have piled into gold as a safe haven amid the global financial and economic turbulence.

Policymakers at the Federal Reserve will sift through the report when they meet on Tuesday but are not expected to announce any new measures to support the sputtering recovery.

The U.S. central bank has cut interest rates to zero and spent $2.3 trillion on bonds. Policymakers have said they want to see how the economy fares before taking any further action, and the data fit with their forecasts for a pickup in growth.

U.S. growth stalled in the first half of 2011. Gross domestic product grew at a 1.3 percent annual pace in the second quarter after a scant 0.4 percent rise in the first three months of the year.

The borrowing limit was raised this week in a deal that relied on spending cuts. Economists estimate the budget cuts and expiring stimulus -- including a payroll tax cut and emergency unemployment benefits -- could subtract more than a percentage point from GDP growth next year.

Concerns over a U.S. slowdown and worries officials in Europe are not being aggressive enough on their debt crisis have unsettled markets.

July's pace of U.S. job growth remained short of what is needed to ensure unemployment will keep declining.

All the gains in non-farm employment in July came from the private sector, where payrolls rose 154,000 -- an acceleration from June's 80,000 increase and more than the 115,000 expected by economists.

Government payrolls dropped 37,000 in July, a ninth straight monthly decline. The decrease was mostly due to a government shutdown in Minnesota that left thousands of state workers without pay checks during the survey period for the jobs report.

With looming budget cuts at the federal government level, and state and local governments still tightening their belts, the burden of job creation falls on the private sector.

Within the private sector, most of the job gains were concentrated in the services sector. Temporary help -- a harbinger of permanent hiring -- rebounded modestly after declining for three straight months.

Manufacturing payrolls rose 24,000 after increasing 11,000 in June. Most the gains came from the auto sector. Construction employment increased 8,000 after dropping 5,000 in June.

The average workweek was steady at 34.3 hours, but average hourly earnings rose 10 cents.