US lawmakers to vote on last-minute debt deal

The plan involves a two-step process for reducing the U.S. deficit. 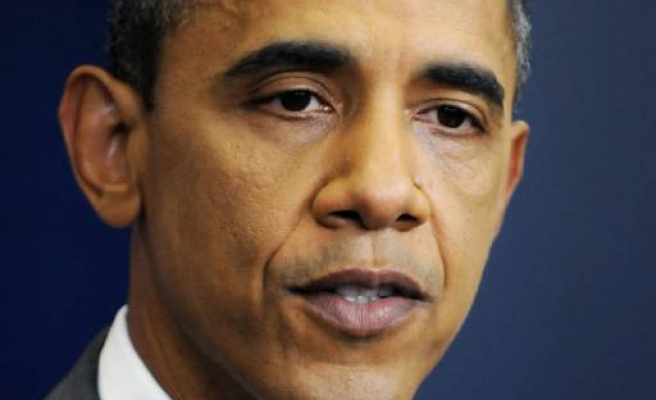 After months of vitriolic discord, Republican and Democratic lawmakers were expected to vote on Monday on a White House-backed deal to raise the U.S. borrowing limit and avert an unprecedented default.

The Democratic-led Senate is expected to pass the deal which raises the debt ceiling and cuts about $2.4 trillion from the deficit over the next decade.

But it may face tougher opposition in the House of Representatives where both conservative Tea Party supporters and liberal lawmakers have expressed dissatisfaction with the agreement.

While the deal comes just in time to avoid a catastrophic default, Washington and investors will be closely watching to see if it goes far enough to convince credit rating agencies to let the United States keep its coveted triple-A credit rating.

Standard & Poor's has been the toughest of the rating agencies with its warnings of possible downgrades if the United States failed to agree on a viable long-term deficit reduction program. All eyes will be on the rating agency this week as it reviews the agreement and decides what to do.

The world's largest economy has already been tainted by the political squabbling that delayed action on the debt ceiling until the last minute.

The dysfunction in Washington could contribute to S&P's assessment. A credit downgrade would undermine confidence in U.S. solvency, stunting economic recovery prospects and sending negative ripples through the international financial system where U.S. bonds are bellwethers.

Financial markets in Asia showed signs of relief after the debt deal was announced, with stocks and the dollar rising and safe haven gold dropping.

But investors were still wary since the deal must be voted on and because of the possibility of a downgrade.

"A downgrade is still a significant risk over coming months and the remainder of 2011," said Anthony Valeri, fixed income strategist at LPL Financial. "The ratings agencies may not view this plan as going far enough to reduce the deficit and there remains some risk to implementing the various phases of this preliminary deal."

The plan involves a two-step process for reducing the U.S. deficit. The first phase calls for about $900 billion in spending cuts over the next decade and the next $1.5 trillion in savings must be found by a special congressional committee. Congress must act by Dec. 23, 2011, under the deal.

Republicans had insisted on deep spending cuts before they would consider raising the $14.3 trillion limit on U.S. borrowing, turning a normally routine legislative matter into a dangerous game of brinkmanship.

After weeks of acrimonious impasse and with the final outcome hinging on support from recalcitrant lawmakers, Obama pressured Congress to pass the deal.

"I want to urge members of both parties to do the right thing and support this deal with your votes over the next few days," Obama said in a televised address at the White House on Sunday night.

But Obama, like congressional leaders, noted that it was not the deal that he would have preferred but it was a compromise.

Many in the anti-Washington conservative Tea Party movement, who helped Republicans win power in the House in last year's election and who oppose any hike in the debt limit, criticized the deal.

Tea Party Nation founder Judson Phillips called it "a complete victory for liberals" and said the spending cuts were "a joke".

But despite that opposition and a muted response from House Democratic leader Nancy Pelosi, who is crucial to delivering enough votes to offset Republican defections, congressional insiders expect the deal to pass in both the House and Senate.