The outlook for output in Russia, one of the world's top producers, is less optimistic. 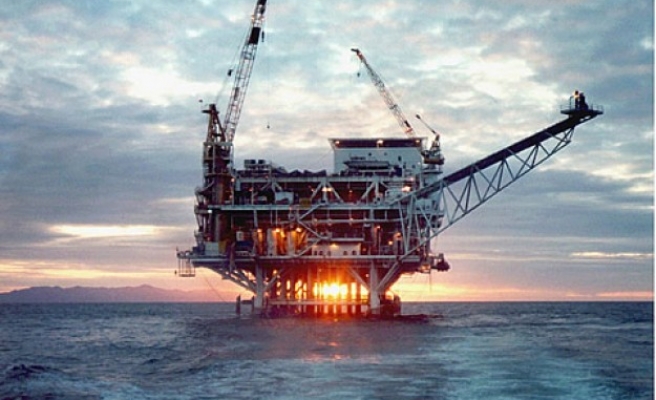 The United States will remain the world's top source of oil supply growth up to 2020, even after the recent collapse in prices, the International Energy Agency said, defying expectations of a more dramatic slowdown in shale growth.

The agency also said in its Medium Term Oil Market report that oil prices, which slid from $115 a barrel in June to a near six-year low close to $45 in January, would likely stabilise at levels substantially below the highs of the last three years.

Oil prices deepened their decline after the Organization of the Petroleum Exporting Countries in November shifted strategy and declined to cut its own output, choosing to retain market share that has been eroded by rival supply sources such as U.S. shale oil.

But IEA Executive Director Maria van der Hoeven, launching the report in London, said while OPEC may win back some customers while prices are low, it would not regain the market share it held before the 2008 financial crisis.

"This unusual response to lower prices is just one more example of how shale oil has changed the market," she said in a statement. "OPEC's move to let the market rebalance itself is a reflection of that fact."

The report said supply growth of U.S. light, tight oil (LTO) will initially slow to a trickle but regain momentum later, bringing its production to 5.2 million barrels per day (bpd) by 2020.

"The price correction will cause the North American supply 'party' to mark a pause; it will not bring it to an end," said the IEA, which advises industrialised countries on energy policy.

The outlook for output in Russia, one of the world's top producers, is less optimistic.

"Russia, facing a perfect storm of collapsing prices, international sanctions and currency depreciation, will likely emerge as the industry's top loser," it said, forecasting production looked set to contract by 560,000 bpd to 10.4 million bpd from 2014 to 2020.

Partly as a result of lower non-OPEC output, the IEA predicted global demand for OPEC crude will rise in 2016 to 29.90 million bpd, after holding at 29.4 million bpd this year.

Reflecting the rise of shale and slowing demand in the West, OPEC's market share has fallen to less than 30 percent this year from more than 40 percent in 2008, the IEA said.

Other forecasters see lower prices and investment cuts to have a larger impact on non-OPEC supply. OPEC itself, in a monthly report on Monday, forecast demand for its oil this year would be higher than expected as its strategy to not prop up prices hits other producers.

The IEA's latest report contrasts with its previous medium-term outlook published in June, which had higher oil demand forecasts and highlighted risks to supply such as from violence Iraq.

Now, the IEA expects global growth in oil demand to accelerate to 1.13 million bpd in 2016 from 910,000 bpd in 2015. Still, it saw the price decline as having a marginal impact on demand growth for the rest of the decade.

"Expectations of global economic growth have been repeatedly revised downwards in the last six months despite steeply falling prices, slashing prior forecasts of oil demand growth for the rest of the decade by about 1.1 million bpd," the report said.

Low prices, slowing demand and abundant supply have boosted the volumes of oil held in storage, weighing on prices. The IEA sees this build-up halting as early as mid-2015 and the market starting to tighten afterwards.

But oil could face further weakness before that happens, the agency said in a separate monthly report also issued on Tuesday which forecast stocks in OECD nations may by mid-year come close to revisiting the record high reached in 1998.

"Despite expectations of tightening balances by end-2015, downward market pressures may not have run their course just yet," the monthly report said.