The data comes ahead of the U.S. government's key jobs report on Friday, which is forecast to show the pace of job creation accelerated last month. 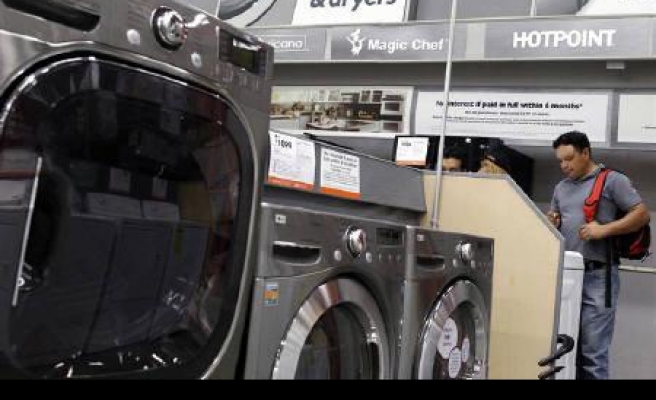 U.S private employers added more jobs than expected in July, though less than in June, but planned layoffs rose to a 16-month high, according to separate surveys on Wednesday.

The data comes ahead of the U.S. government's key jobs report on Friday, which is forecast to show the pace of job creation accelerated last month. The economy is expected to have gained 85,000 jobs, not enough to push the unemployment rate below its current 9.2 percent.

Economists surveyed by Reuters had forecast the ADP National Employment Report would show a gain of 100,000 jobs. June's private payrolls were revised down to an increase of 145,000 from the previously reported 157,000. The report is jointly developed with Macroeconomic Advisers LLC.

A separate report on Wednesday showed the number of planned layoffs at U.S. firms rose to a 16-month high in July as sectors which had been seeing fairly few layoffs unexpectedly bled jobs.

Employers announced 66,414 planned job cuts last month, up 60.3 percent from 41,432 in June, according to a report from consultants Challenger, Gray & Christmas, Inc.

July's job cuts also were up from the same time a year ago, rising 59.4 percent from the 41,676 job cuts announced in July 2010, and recording the largest monthly total since March, 2010.

"What may be most worrisome about the July surge is that the heaviest layoffs occurred in industries that, until now, have enjoyed relatively low job-cut levels," John A. Challenger, chief executive officer of Challenger, Gray & Christmas, said in a statement.

Layoffs in the pharmaceutical and retail sectors overtook nonprofit and government job cuts last month, accounting for 20.32 percent and 16.93 percent of announcements respectively.

Job cuts at Merck & Co., Borders, Cisco Systems, Lockheed Martin and Boston Scientific accounted for 57 percent of the July total, according to Challenger, making July the first month in seven in which the government sector did not shed the most jobs.

"A casual observer certainly might conclude that the wheels just fell off the recovery wagon," said Challenger.

For the first seven months of the year, government and nonprofit profit job cuts still account for the largest share of planned layoffs.

"Factors such as negative equity and a weak job market continue to constrain borrowers," Michael Fratantoni, MBA's Vice President of Research and Economics, said in a statement.

Even though 30-year mortgage rates are back below 4.5 percent, the refinance index stands at still almost 30 percent below last year's level, Fratantoni pointed out.

Fixed 30-year mortgage rates averaged 4.45 percent in the week ending July 29, down 12 basis points from the week before.

The refinance share of mortgage activity increased to 70.1 percent of total applications from 69.6 percent the week before.