US Republicans try to save debt plan

U.S. Republican leaders scrambled on Friday to rescue their budget deficit-cutting plan after conservatives mounted a rebellion that heaped uncertainty on efforts by Washington to avert a catastrophic debt default. 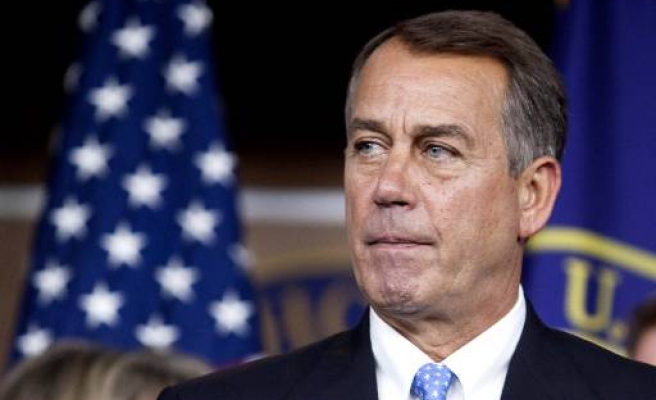 U.S. Republican leaders scrambled on Friday to rescue their budget deficit-cutting plan after conservatives mounted a rebellion that heaped uncertainty on efforts by Washington to avert a catastrophic debt default.

House of Representatives Speaker John Boehner's failure to round up enough support for his plan on Thursday exposed a rift in the Republican Party that is hampering efforts to reach a compromise to raise the U.S. debt ceiling before a deadline on Tuesday.

Economists warn a default could push the already fragile economy back into recession. Fears about America's economic health grew on Friday after the government reported that U.S. gross domestic product grew at a weaker-than-expected 1.3 percent rate in the second quarter.

The House inaction prompted Senate Majority Leader Harry Reid, a Democrat, to warn that the country could not wait any longer and he vowed to take steps to move legislation in the Democratically-controlled chamber.

Reid also called on Senate Republican leader Mitch McConnell to immediately work with him on a compromise bill that could be enacted before the Aug. 2 deadline.

Obama says that unless Democrats and Republicans strike a deal, the government will start running out of money to pay all its bills after Aug. 2, a prospect that is increasingly unnerving investors around the world.

With only four days left, the Treasury has said it will unveil an emergency plan explaining how the government would function and pay its obligations if Congress does not agree to raise its borrowing limit beyond $14.3 trillion. But that announcement will not come until at least after markets close on Friday.

Investors were betting for weeks that Washington would raise the debt limit in time, but with the deadline now just four days away, markets are getting rattled.

The U.S. dollar plunged to all-time lows against the safe haven Swiss franc on Friday due to debt worries and poor economic growth. In short-term lending markets, investors dumped holdings over fears about the talks, driving rates on Treasury debt that matures in August to six-month highs.

U.S. stocks opened 1 percent lower on Friday and were on track to post their worst weekly losses in nearly a year.

As the largest foreign creditor to the United States, Beijing has repeatedly urged Washington to protect its dollar investments, which are estimated to account for about 70 percent of its $3.2 trillion in foreign exchange reserves.

But lawmakers in Washington were in a standoff as conservative Republicans demand an end to what they say is out-of-control government spending and Democrats seek to protect spending on social programs.