US to sue big banks over mortgage securities: report

News of the suit could have a negative impact on stocks of the banks in question on Friday. 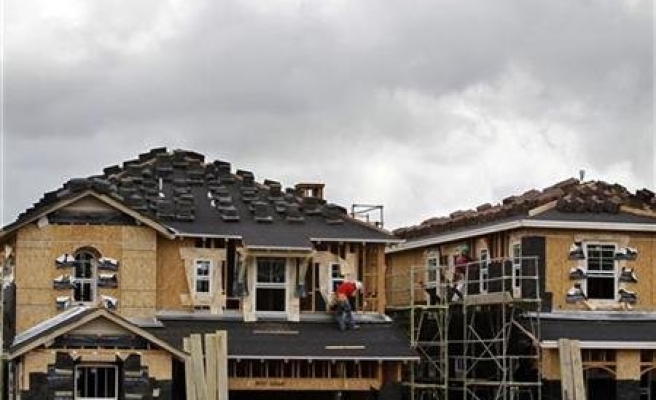 The agency that oversees U.S. mortgage markets is preparing to file suit against more than a dozen big banks, accusing them of misrepresenting the quality of mortgages they packaged and sold during the housing bubble, The New York Times reported on Thursday.

The suits stem from subpoenas the finance agency issued to banks last year. They could be filed as early as Friday, the Times said, but if not filed Friday it said the suits would come on Tuesday.

The government will argue the banks, which pooled the mortgages and sold them as securities to investors, failed to perform due diligence required under securities law and missed evidence that borrowers' incomes were falsified or inflated, the Times reported.

Fannie Mae and Freddie Mac lost more than $30 billion, due partly to their purchases of mortgage-backed securities, when the housing bubble burst in late 2008. Those losses were covered mostly with taxpayers' money.

The agency filed suit against UBS in July, seeking to recover at least $900 million for taxpayers, and the individuals told the Times the new suits would be similar in scope.

A spokesman for the Federal Housing Finance Agency was not immediately available for comment.

The Times said Bank of America, JP Morgan and Goldman Sachs all declined comment. A Deutsche Bank spokesman told the Times, "We can't comment on a suit that we haven't seen and hasn't been filed yet."

The practice of subprime lending, wherein mortgage brokers lowered their standards to entice homebuyers to take out large mortgages to buy more expensive homes than they could afford, was a root cause of the mortgage market implosion.

News of the suit could have a negative impact on stocks of the banks in question on Friday. JPMorgan Chase, Bank of America and Goldman Sachs are traded on the New York Stock Exchange, while Deutsche Bank is traded on the German exchange.

The Times report said investors fear that if banks are forced to pay out billions for mortgages that defaulted, the suit could sap earnings for years and contribute to further losses across the financial services industry.