Greece's current bailout expires on Feb. 28 and most lenders want Athens to apply for an extension, including a renewed commitment to continue its economic reforms. Tsipras has ruled that out. 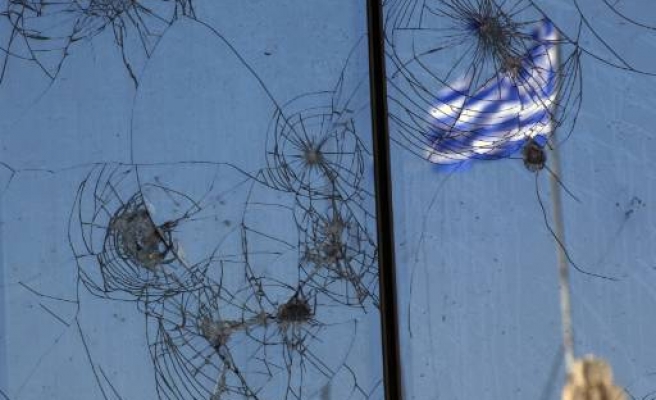 The Obama administration is pushing euro zone leaders to compromise more with Greece's new government as fears grow that a protracted budget stand-off could damage the global economy, the Financial Times reported on Sunday.

The U.S. lobbying effort comes amid mounting concerns in Brussels and Washington about the hardline stance taken by some members of the euro zone, particularly Germany, that Greece must press on with its budget-cutting commitments, according to the report, which cited European Union and U.S. officials.

"We've advised all sides there needs to be some compromise on everybody's part," the FT cited a senior U.S. official as saying. "There are limits to how much austerity a society can withstand."

A U.S. delegation is heading to Athens, led by the Treasury Department's top Europe official, Daleep Singh, the FT said.

The move follows the sweep to power of new Greek Prime Minister Alexis Tsipras, whose radical left-wing government policies are fiercely against the austerity measures imposed on the country as part of its 2010 financial bailout.

Tsipras is preparing for his first major speech to the Greek parliament since taking power, an event that will be closely watched by EU leaders who so far have shown scant willingness to meet his demands to end austerity policies and win debt relief for Greece.

Other EU nations fear Greece could embark on a wholesale backtracking on the fiscal and economic reforms international lenders have demanded in exchange for some 240 billion euros worth of assistance.

Greece's current bailout expires on Feb. 28 and most lenders want Athens to apply for an extension, including a renewed commitment to continue its economic reforms. Tsipras has ruled that out.

U.S. officials are expected to raise their concerns about the standoff with Greece at this week's meeting of the Group of 20's finance ministers in Istanbul and during bilateral meetings in Washington on Monday between Obama and German Chancellor Angela Merkel, the FT reported.

U.S. and European leaders are concerned about the possibility that the situation in Greece could lead to its departure from the EU.

"We believe that any fragmentation would have a severe spillover effect," a senior U.S. official told the FT.

A U.S. Treasury spokeswoman was not immediately available for comment.