Valls told a joint news conference France would find a way to emulate Germany's progress from "sick man of Europe" a decade ago to the growth engine of the euro zone, as long as Berlin supported French calls for a boost to demand. 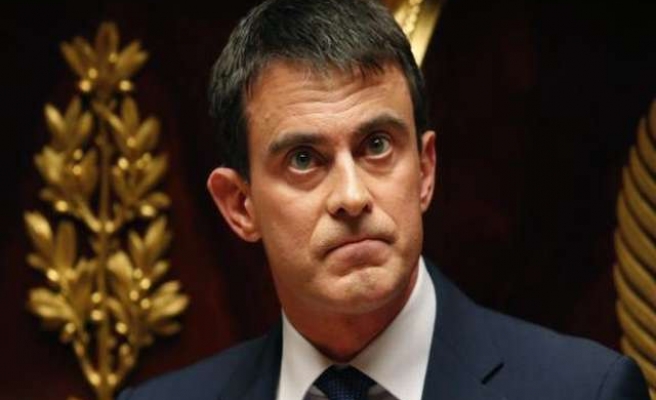 France's Manuel Valls used his first visit to Berlin as prime minister on Monday to try to convince Germany his government is serious about making its economy more competitive, declaring that France "is not the sick child of Europe".

Chancellor Angela Merkel praised the reform steps he outlined but said it was up to the European Commission to judge whether Paris should be granted yet more time to bring its public deficit down to EU treaty limits.

European Union officials and the European Central Bank are pressing France to step up economic reforms and budget consolidation and Germany to increase public investment as part of a strategy to revive a stagnant euro zone economy.

After a working lunch with the conservative chancellor, Valls told a joint news conference France would find a way to emulate Germany's progress from "sick man of Europe" a decade ago to the growth engine of the euro zone, as long as Berlin supported French calls for a boost to demand.

"I understand the doubts and questions of the German people, its representatives and sometimes the press - many who say, essentially, 'We suffered through reforms and the French aren't capable of it. And if they don't do it it's not good for Germany'," he said.

Merkel was complimentary about French efforts to restore lost competitiveness and reduce spending, but said it was up to Brussels to evaluate them.

"Manuel Valls just presented his reform agenda, and I think this is an impressive number of measures that France is undertaking," she said. "I see these great efforts, and the evaluation of these will be up to the European Commission.

"France is at a very exciting phase with many reforms which are absolutely necessary and go in the right direction, I think all of Europe agrees on that," she added.

A decade ago both of Europe's largest economies reneged on promises to reduce their public deficits, but Berlin has since got its house in order via labour market reforms while France has missed at least three further deficit targets.

Earlier this month Paris acknowledged it would not bring its deficit down below the EU limit of 3 percent of national output until 2017. Initially, it had pledged to do so by 2013, before winning a reprieve until 2015.

Bild's tone was light-hearted but Finance Minister Wolfgang Schaeuble was in earnest when he said en route to a G20 meeting in Australia that Berlin saw "not much leeway from the demand side and from monetary policy to support sustainable growth".

Germany is under pressure to let the euro zone ease fiscal austerity and provide an impetus to growth across the region by stimulating its own economy via government spending or tax cuts.

Valls's two-day German visit is meant to send a business-friendly signal, with visits to Franco-German planemaker Airbus in Hamburg and the German industrial heartland around Stuttgart.

But officials in Berlin said ahead of the trip Paris must try harder on reforms. France's two main reform projects are a draft "law on growth" to deregulate services and sectors such as the law and pharmacies, and easing payroll taxes and red tape on companies.

Both have sparked protest from trade unions and the left. Valls, a centrist within President Francois Hollande's Socialist party, survived a confidence vote last week but further bids to rein in spending or enact reforms could be hostage to leftist rebels.

Testifying in the European Parliament on Monday, ECB President Mario Draghi said the central bank's monetary stimulus for the economy with record low interest rates and cheap lending to banks, would have no meaningful effect unless governments implemented structural economic reforms.

"Courageous structural reforms and improvements in the competitiveness of the corporate sector are key to improving business environment," Draghi said. "This would foster the urgently needed investment and create greater demand for credit."