"In the next two weeks we are going to have another round of high-level negotiations in Caracas with China Development Bank," said Temir Porras. 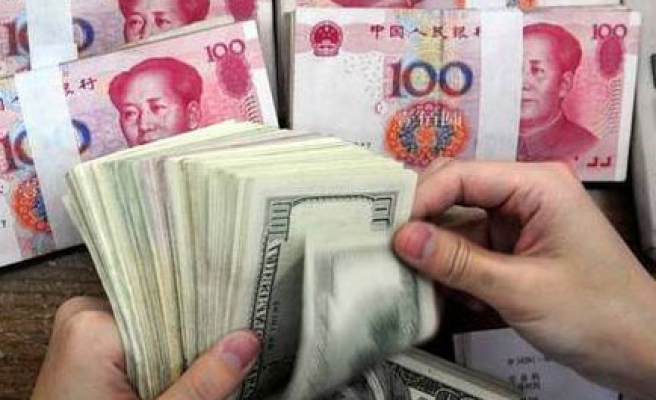 Venezuela is seeking a loan of up to $5 billion from China to finance a state investment fund that was recently the victim of an embezzlement scheme by the fund's own employees involving millions of dollars.

State media on Tuesday cited a government official saying that Venezuela was in talks for a third tranche of financing for the Joint Chinese-Venezuela Fund, which invests in projects such as housing and infrastructure and repays loans with oil shipments.

President Nicolas Maduro's government said this month that eight people were arrested for appropriating $84 million from the fund, which has received two $4 billion tranches from the China Development Bank since its inception in 2007.

"In the next two weeks we are going to have another round of high-level negotiations in Caracas with China Development Bank," said Temir Porras, president of state development bank Bandes that administers the fund, in comments reported by state media.

"(The next tranche) could reach $5 billion. That's what we're negotiating right now."

The public prosecutors' office has said it plans to charge four fund employees, including one identified as the acting executive manager, with money laundering and financial crimes.

Four employees of an industrial maintenance company were also implicated.

A website for the fund, which provided only basic information including a one-sentence description of its purpose, appears to have been largely taken down following the arrests.

In an unrelated corruption case also involving Bandes, U.S. authorities in May charged employees of a New York broker-dealer with generating more than $66 million through a kickback scheme use to win Bandes' bond-trading business.

Maduro has launched what he calls a battle against corruption and has announced arrests for crimes ranging from extortion of merchants to contraband of iron at a state-run mining firm.

Opposition leaders call the effort a smokescreen that avoids targeting his most important allies and does nothing to improve the transparency of murky state-run investment funds that spend billions of dollars without the oversight of Congress.

The new loan from China may help provide hard currency for Venezuela's exchange control system, which business leaders say does not provide enough dollars for imports of consumer goods, leading to sporadic shortages of products such as toilet paper.

Oil Minister Rafael Ramirez said earlier this year the OPEC nation had received a total of $36 billion from China as of last August, at which point it received an additional tranche of $4 billion.

Last year he told a Congressional hearing that Venezuela had repaid $17.9 billion of those loans.