Venezuela's president says oil price will not return to $100 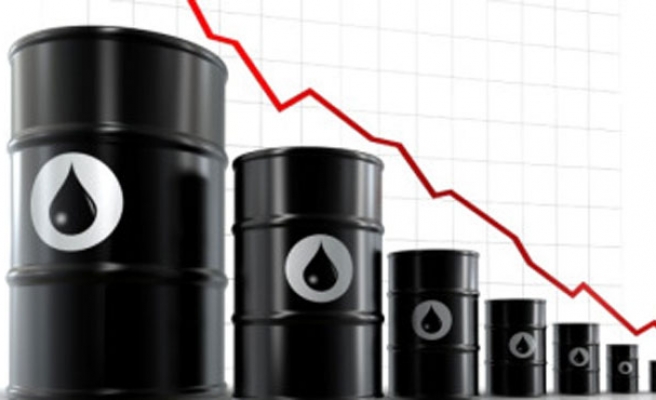 CARACAS, Jan 21 (Reuters) - President Nicolas Maduro shook up complex currency controls on Wednesday and also prepared Venezuelans for a rise in the world's cheapest fuel prices in response to a recession worsened by plunging oil revenue.

The socialist-run OPEC member's economy shrank 2.8 percent in 2014 while inflation topped 64 percent, the socialist leader announced in a speech to parliament, in what is almost certainly the worst performance in Latin America.

With oil prices down by more than half since mid-2014, Venezuela's economic mess has hit Maduro's popularity hard and threatened the future of the ruling "Chavismo" movement named for his charismatic predecessor Hugo Chavez.

The 52-year-old Maduro blamed political foes for Venezuela's dismal data, but he also announced the most concrete changes in months to try to shore up the economy.

Carefully avoiding the word devaluation and without giving much detail, Maduro said he was modifying existing complex currency controls to combat the black market for dollars while sticking to a complex three-tier model.

Greenbacks would still be available for essential food and medicine at the current, strongest rate of 6.3 bolivars to the dollar, he said, but two weaker Central Bank rates of around 12 and 50, respectively, would be merged.

A third new system would be created to offer dollars via private brokers to vie with the black market where the rate is 177 bolivars, Maduro added, saying his economic officials would give further details.

Assuming the merged rate, known as Sicad, and the third level would be weaker than the current rates, those changes would give the government more bolivars for its dollar oil revenue and, essentially, represent the "stealth devaluation" many economists had been predicting.

That could add to pressure on Venezuela's inflation, already the highest in the Americas.

While economists were waiting to see fine print, some feared it could be another quick fix. "Overall, the historical record is quite extensive and clear that multi-tier exchange rate systems are very difficult to administer and eventually collapse," said Alberto Ramos of Goldman Sachs.

On the touchy subject of domestic fuel prices, Maduro said he favored a rise this year, a measure recommended by many economists to lessen distortions and boost revenue.

Venezuelans currently fill up for less than $0.02 a liter, thanks to a roughly $12 billion annual government subsidy. But Maduro is mindful of the infamous "Caracazo" riots in which hundreds died in 1989 over fuel price increases.

"If you want, crucify me, kill me," he said, announcing a national debate on the subject. "The price is a distortion ... I think the time has come ... to do it this year. I assume the responsibility and the criticisms."

Opponents say 15 years of misguided socialist policies and corruption since Chavez took power have wrecked Venezuela's economy and heaped suffering on its 30 million inhabitants who are facing unprecedented shortages of basic products.

"They've destroyed production," opposition leader Henrique Capriles tweeted during Maduro's three-hour speech. "That's the cause of the queues, not the lies they're telling."

According to U.N. estimates, Argentina is the only other country in Latin America whose economy was seen contracting last year, though by less than Venezuela.

In one of the grimmest forecasts yet, an IMF official estimated on Wednesday that Venezuela's economy will shrink 7 percent this year.

Maduro said on Wednesday that Venezuela's crude, which trades at a discount to other benchmarks due to its greater heavy-oil content, was at $38 a barrel - versus $99 in June.

"It will not return to $100 ... We have less foreign currency ... But God will provide," he said, sounding a note of resignation after a nearly two-week tour of oil producers around the world to seek ways to boost the price of crude.

Venezuela's opposition coalition called on people to bang pots and pans in a traditional form of protest during Maduro's speech. That could be heard in some neighborhoods of Caracas, though not as loud as on occasions last year.

Maduro repeatedly lashed his political opponents for trying to sabotage the economy via hoarding and disruption.

"In 2014, we again faced the script of destabilization and violence," he said, referring to four months of protests that caused major disruption and killed 43 people, including demonstrators, government supporters and security officials

Maduro said unemployment was at a new low of 5.5 percent, and announced a 15 percent minimum wage increase next month as well as new housing projects and scholarships.

With a vicious blame-game under way over Venezuela's economic shortages and parliamentary elections due later this year, the government plans to mobilize supporters in a rally on Friday, and the opposition has called a march for Saturday.

Even though his popularity has dropped to 22 percent, according to one leading pollster, Maduro predicted his ruling Socialist Party would win the National Assembly vote by 10 percentage points.

Flanked by a giant photo of Chavez twice his own size, Maduro confidently predicted, "2015 will be the year of victory and economic rebirth." At the same time, scores of opponents took to Twitter across Venezuela predicting he would not last the year in power and his "Chavismo" movement was dying.