44 economies have made 48 legal changes, thus increasing women's economic opportunities over the past two years 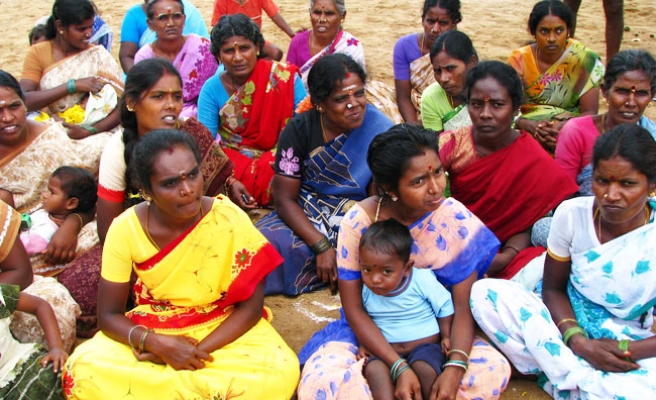 A new World Bank and IFC report finds legal and regulatory barriers to women's economic inclusion have decreased over the past 50 years globally, but many laws still hinder women's participation in the economy. Laws restricting women's economic activity are currently most prevalent in the Middle East and North Africa, Sub-Saharan Africa and South Asia.

The third in a series, Women, Business and the Law 2014: Removing Restrictions to Enhance Gender Equality monitors regulations affecting women entrepreneurs and employees in 143 economies. This edition highlights reforms carried out over the past two years, examines the evolution of women's property rights and legal decision making ability since 1960 and expands coverage to examine legal protections addressing violence against women.

This report finds 44 economies have made 48 legal changes, thus increasing women's economic opportunities over the past two years. Côte d'Ivoire, Mali, the Philippines and the Slovak Republic had the most reforms. Among the reforms, husbands can no longer unilaterally stop their wives from working in Côte d'Ivoire and Mali, the Philippines has lifted restrictions on night work for women, and the Slovak Republic increased the percentage of wages paid during maternity leave.

The report finds economies in Eastern Europe and Central Asia have the most extensive lists of jobs women cannot do. For example, in the Russian Federation women cannot drive trucks in the agricultural sector, in Belarus they cannot be carpenters and in Kazakhstan they cannot be welders. These restrictions may have arisen from a desire to protect women, but can limit their employment options. The report shows economies with the most job restrictions on women have lower female participation in the formal labor force.

Between 1960 and 2010, more than half the restrictions on women's property rights and ability to conduct legal transactions were removed in the 100 economies examined. Restrictions in three regions – Sub-Saharan Africa, Latin America and the Caribbean, and East Asia and the Pacific – were cut in half. While some restrictions were removed in South Asia and in the Middle East and North Africa, these two regions reformed the least.

The report shows lower gender legal parity is associated with fewer women participating in firm ownership, while policies encouraging women to join and remain in the labor force are associated with greater income equality. Even though the report offers signs of improvement for women's economic opportunities globally, it shows economies can do more to ensure women's participation in economic life.