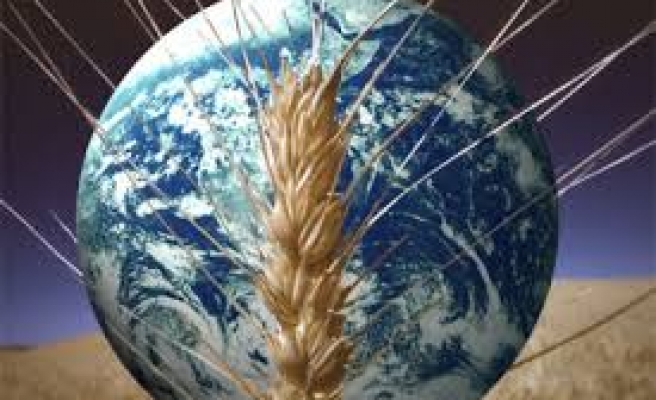 Global food prices fell by 2 percent in the latest four-month period, marking the third straight period of declines, as declining imports in the Middle East and North Africa, and lower demand pushed prices down 12 percent from their August 2012 peak, the World Bank said on Thursday.

The World Bank's Food Price Index showed international prices of wheat fell by 2 percent, sugar by 6 percent, soybean oil by 11 percent, and maize, or corn, by 1 percent during the four-month period between February and June.

The index, which weighs export prices of food, fats and oils, grains, and other foods in nominal U.S. dollars, fell by 2 percent.

Improved weather conditions after last year's droughts helped bolster the production of wheat. The bank said it expects good harvests from the major producers to continue as long as unfavorable weather in northern and central Europe, Russia and China does not drag on production.

Global maize production is expected to reach a record high this year, according to the report, partly driven by a revival in demand from U.S. ethanol producers.

While prices have stabilized recently, the volatility of food prices in recent years has prompted developing countries with high poverty and weak safety nets to respond by ratcheting up consumer food subsidies, the poverty-fighting institution said.

The World Bank and the International Monetary Fund have made a big push in the past year to urge countries to scrap subsidies on consumer food to ease pressures on government budgets and free up more funds for health and education spending.

Both institutions have also questioned whether such subsidies truly improve poverty - as they can often go to large-scale farmers or well-connected people instead of the poorest.

"Poorly designed food subsidy programs that lack transparency and accountability in implementation do not benefit poor people," said Jaime Saavedra, active vice president for poverty reduction and economic management at the World Bank. "These programs can be very costly and prone to corruption, and waste scarce fiscal resources."

According to the report, more direct forms of transfers, such as food stamps and public works, are more effective in helping the poor.