Zoellick focused on the shifting global landscape in which emerging economies were playing a greater role in the world economy, and in development. 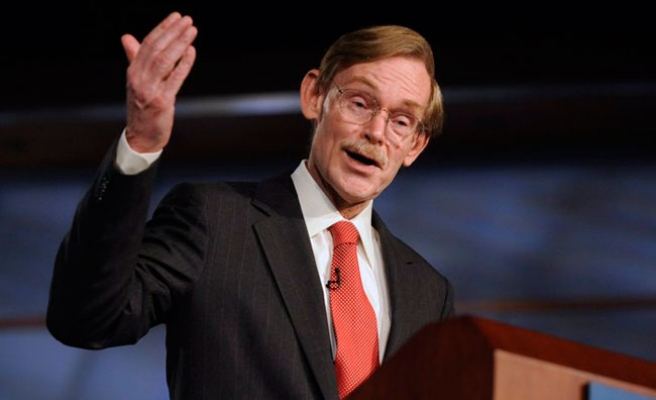 The head of the World Bank said on Wednesday the world had entered a new economic danger zone and that Europe, Japan and the United States all need to make hard decisions to avoid dragging down the global economy.

"Unless Europe, Japan, and the United states can also face up to responsibilities they will drag down not only themselves but the global economy," World Bank President Robert Zoellick said in a speech at George Washington University.

"They have procrastinated for too long on taking the difficult decisions, narrowing what choices are now left to a painful few," he said, according to a prepared text of his remarks, which come ahead of meetings of the World Bank and International Monetary Fund next week.

The meetings of global finance and development leaders in Washington will focus on Europe's debt crisis and the risk of a Greek default, which has led to growing alarm in financial markets.

Mixed signals from European leaders have escalated concerns the 17-nation euro zone may be unable to unite behind a common approach to tackle the crisis.

Zoellick said European countries were resisting difficult truths about their common responsibilities, Japan had held off on needed economic and social reforms, and political differences in the United States were overshadowing efforts to cut record budget deficits.

Just as those very countries had called on China to be a responsible global stakeholder as a rising economic power, so too should they act responsibly to get a handle on their own economic problems, Zoellick said.

"The time for muddling through is over," Zoellick said.

"If we do not get ahead of events; if we do not adapt to change; if we do not rise above short-term political tactics or recognize that with power comes responsibility, then we will drift in dangerous currents."

The World Bank chief said emerging market nations would not sit on the sidelines as advanced economies try to right themselves.

Zoellick focused on the shifting global landscape in which emerging economies were playing a greater role in the world economy -- and in development.

He said developed countries had yet to fully recognize the global shifts and still operated under a "do what I say, not what I do" policy. They preached fiscal discipline but failed to rein in their own budgets, and advocated debt sustainability while their own debts were at record highs, he said.

Zoellick also said it was time to rethink foreign aid.

While aid remained a life or death issue for millions of people around the world, it had also become a vehicle for helping poorer countries develop and grow, he said.

"In a world 'Beyond Aid' assistance would be integrated with -- and connected to -- global growth strategies, fundamentally driven by private investment and entrepreneurship," he said. "The goal would not be charity, but a mutual interest in building more poles of growth."

"We will not release the full potential of half of the world's population until globally we address the issue of equality; until countries, communities, and households around the world acknowledge women's rights and change the rules of inequality," Zoellick said.