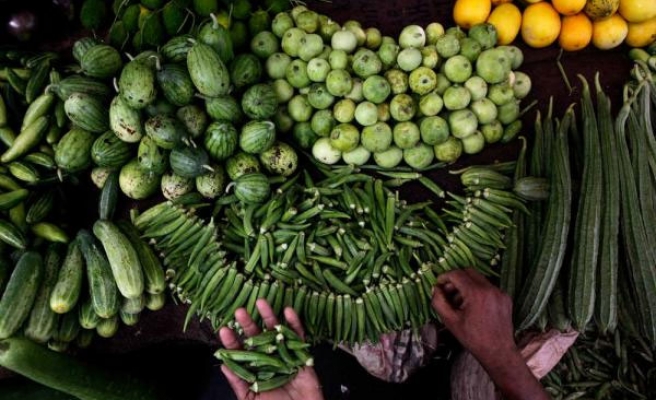 World food prices are unlikely to rise much from their four-year slump as long as high production, low oil prices and limited import demand continue, a senior economist for the United Nations food agency said on Thursday.

"Supply keeps being revised up, and on the import demand side, there really isn't much activity simply because many importing countries themselves have very good supply," said FAO economist Abdolreza Abbassian.

FAO's forecast for world cereal production in 2014 hit a new record high of 2.534 billion tonnes in January, marginally above its December estimate.

The lower oil price could favour production, Abbassian said, as farmers can still make a decent margin on their produce thanks to lower input costs.

"The (oil price) decline keeps agriculture healthy ... At a time of surplus, increased production could even mean further downward pressure on prices, in the absence of a major drought or catastrophe," Abbassian said, adding that food prices could simply stabilise instead.

Cheaper crude oil also knocked FAO's vegetable oil index to its lowest level since October 2009 in January by eroding the price difference between the two for use as biodiesel feedstock.

Overall food price declines and stability have not applied everywhere, Abbassian said. Currency fluctuations have affected trade patterns and prices in countries that have experienced higher currency volatility, "from India all the way to China".

In the European Union, a weaker euro has given a fillip to exports. Its 28 member states together are one of the world's biggest cereals producers.

At the same time, import demand from China is shrinking, Abbassian said, contributing to surplus supplies of cereals.

The outlook for crops in 2015 is favourable, partly thanks to good weather conditions and more planting in North America and parts of the Middle East and north Africa, which outweighed decreases in Russia and parts of Far East Asia, FAO said.

Cereals stocks at the end of the 2014-15 season are now forecast to be 622.7 million tonnes, marginally lower than previously forecast.

The FAO index measures monthly price changes for a basket of cereals, oilseeds, dairy products, meat and sugar. It averaged 182.7 points in January, 3.6 points below its revised reading for December.