WTO postpones trade deal by a day after last-minute objection

The WTO has lurched from one disappointment to another over the past decade as it tries to find a balanced trade deal that all its members, now numbering 160, could support. 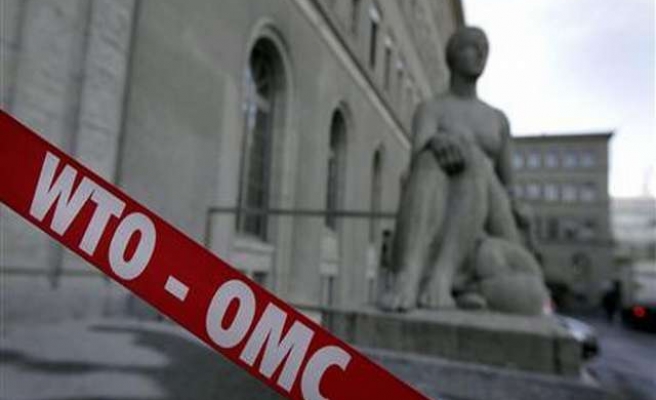 The World Trade Organization postponed adoption of the first global trade reform in its 19-year history on Wednesday, delaying by a day after a last-minute objection from Argentina, diplomats said.

Diplomats said they expected the meeting to go ahead on Thursday and the reform package to be adopted. But, after repeated pitfalls, nobody could rule out the deal tripping up.

The WTO has lurched from one disappointment to another over the past decade as it tries to find a balanced trade deal that all its members, now numbering 160, could support.

It cut back its ambitions to ensure unanimous backing for a small package of trade reforms at a meeting in Bali last December, but a new government in India refused to let the reforms go ahead.

That left the Bali deal in limbo, including its centrepiece, a global streamlining of customs processes that supporters say will add $1 trillion and 21 million jobs to the world economy.

Four months of stalemate ensued until a U.S. negotiating breakthrough assuaged India's concerns about the amount of attention being paid to its demand to be allowed to break the usual WTO rules by stockpiling crops at above-market prices.

Argentina has now demanded that the WTO meeting to agree on the Indian compromise should give equally formal backing to other parts of the Bali package of reforms, forcing diplomats to contact their ministries for approval for such a step.

"I think there's guarded optimism. From what we can tell people seem pretty determined to finish this."