Yellen to be sworn in as Fed chief on Feb 3

Janet Yellen became head of the US Federal Reserve on Saturday, becoming the first woman to lead the world's most powerful central bank. 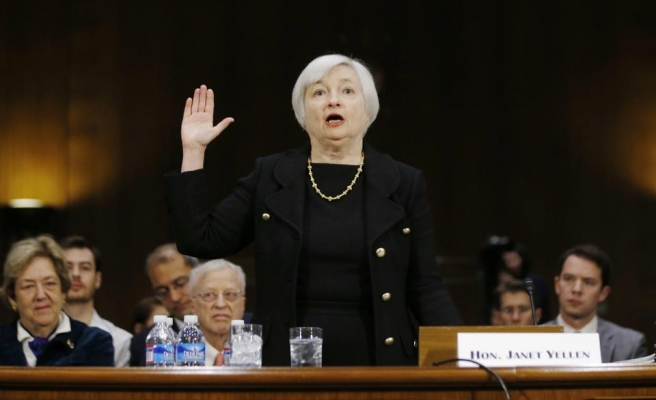 Yellen, 67,  who will be sworn into office February 3, has her work cut out for her - she has to wind down the
Fed's stimulus program, provide strong oversight of the financial sector and shrink an expanded Federal balance sheet of more than $4 trillion.

Her father is a doctor from the New York suburb of Brooklyn and she earned a doctorate in economics from Yale University. She was a lecturer at Harvard and the London School of Economics before landing at University of California, Berkeley.

Her last job was vice-chairwoman of the Federal Reserve. Her husband George Akerlof is a Nobel-laureate economics professor and they have one son, Robert Akerlof.

She started to work in the Federal Reserve as an economist in 1977.

There are only 17 women heading the world’s 177 central banks according to the Central Bank Directory from Central Banking Publications.
Last Mod: 02 Şubat 2014, 15:22
Add Comment