South African President Zuma called for greater investment in his country from China. 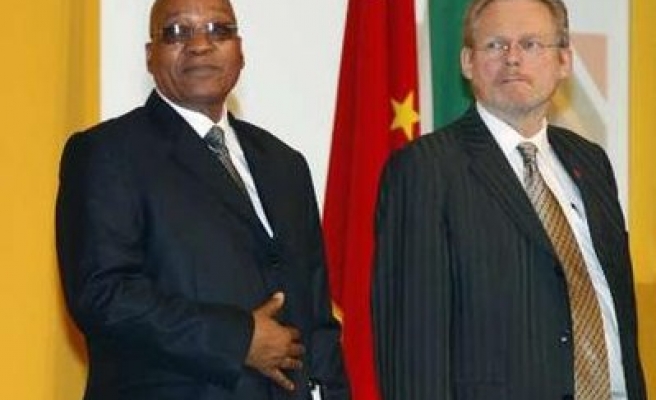 South African President Jacob Zuma called on Tuesday for greater investment in his country from China, as South Africa seeks to narrow its trade deficit with Beijing and bring growth to its sluggish economy.

South Africa is looking for expanded trade that will help it meet its development needs, especially by improving infrastructure and livelihoods, Zuma told a forum of business executives from China and South Africa.

"China is indeed a key strategic partner for South Africa, and South Africa is open for business in a big way," he said, on the first full day of a trip to China.

For Beijing, Zuma's visit is an opportunity to consolidate ties with African countries, where China is increasingly turning for resources, markets and diplomatic support.

South Africa and China could cooperate in infrastructure, the benefaction of minerals, engineering, energy, information and communications technology and electronics, Zuma said.

With GDP growth forecast at 2.3 percent this year, South Africa stacks up unfavourably against China, and Zuma is looking to narrow his country's trade deficit with Beijing.

South Africa's trade minister Rob Davies told the same forum that China would be a key driver of growth for the world and his own country.

"We will be looking to encourage and support investments in our country which will manufacture components into infrastructure programmes," he said.

Further details were not immediately available.

Chinese Vice Minister of Commerce, Gao Hucheng, said that China's demand for energy and resources, and South Africa's assets in these areas, meant there was much room for cooperation.

"There is strong complementarity between our economies and fine prospects for economic and trade cooperation," Gao said. ($1=.7906 Euro)