At least 13 Ukrainian military personnel were killed in separate incidents in eastern Ukraine. Nine others were wounded 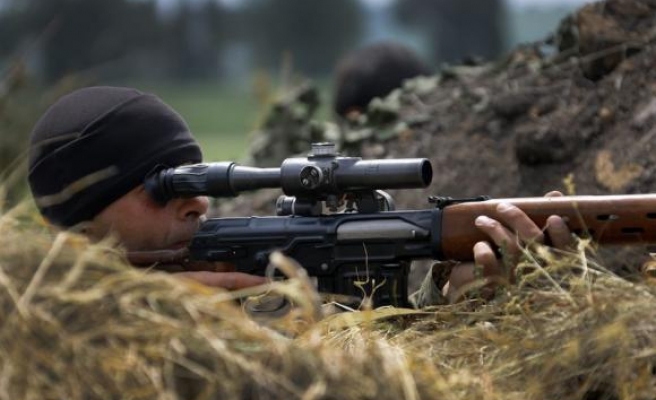 Ukraine has proposed a time and place for talks with pro-Russian separatist rebels on Saturday, intended to produce conditions for a durable ceasefire, and is waiting for the other side to respond, the president's website said.

In some of the worst violence since President Petro Poroshenko called off a 10-day unilateral ceasefire on June 30, Ukraine's "anti-terrorist operation" headquarters said at least 13 Ukrainian military personnel were killed on Friday.

More than 200 have been killed on the government side, as well as hundreds of civilians and rebels, in more than two months of fighting in Russian-speaking eastern regions that want to quit Ukraine and join Russia.

The statement on Poroshenko's website said he had told European Union foreign policy chief Catherine Ashton that Kiev had proposed a time and a place for talks on Saturday, but it did not disclose them.

Separatist officials have suggested the venue of the talks could be a problem, since rebel leaders could be subject to arrest by Ukrainian authorities if they move out of their eastern strongholds.

On Wednesday Ukraine's foreign minister and those of Germany, France and Russia agreed in Berlin that another meeting of the so-called "contact group" should be set up by this weekend with rebel leaders to agree on a more effective ceasefire.

The group includes a former Ukrainian president, Moscow's ambassador to Kiev, and a high-ranking official from the Organisation for Security and Cooperation in Europe.

Earlier on Friday Poroshenko, German Chancellor Angela Merkel and French President Francois Hollande spoke by telephone in what appeared to be a fresh effort to get the meeting organised.

Merkel's office said the three agreed "that a mutual ceasefire and cooperation between Ukraine and Russia on securing the border are necessary steps to stabilise the situation. Russia in particular is urged to use its influence over the separatists," it said in a statement.

Ukraine is demanding that Russia prevent arms and volunteer fighters from crossing the border to join the rebels. It also wants the release of all hostages.

Russia denies orchestrating the conflict or sending in fighters and weapons.

Armed separatists captured key buildings in eastern Ukrainian cities in April, soon after Russia annexed the Ukrainian peninsula of Crimea, and have declared "people's republics" in a bid to follow its example and join Russia.