Blast rocks Brussels metro at Maalbeek station, which is about 500m from the EU buildings 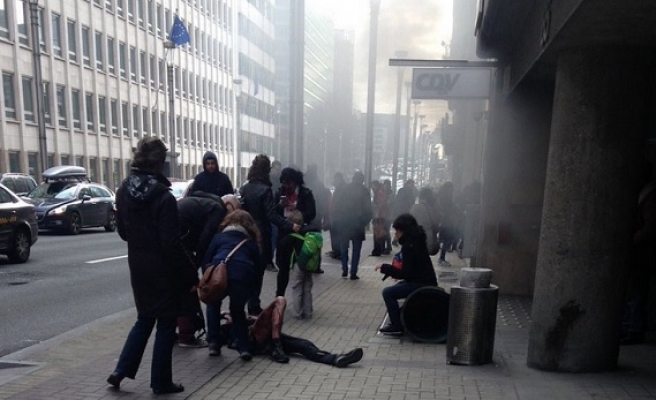 20 people were killed as a result of an explosion at the central Brussels Maalbeek metro station, Belgian state broadcaster VRT said.

Several people were also reported injured in the explosion at Maelbeeck metro station.

Maalbeek Metro Station is in central Brussels and is situated near EU buildings. Eye witnesses have reported being evacuated after the station filled with smoke.

Photos posted to social media appear to show people running out of the station and into the adjoining street, surrounded by smoke.

The blast follows two explosions at Zaventem Airport in Brussels this morning.