It could be the deadliest rebel attack on government forces since the Ukrainian military ended a unilateral ceasefire on June 30. 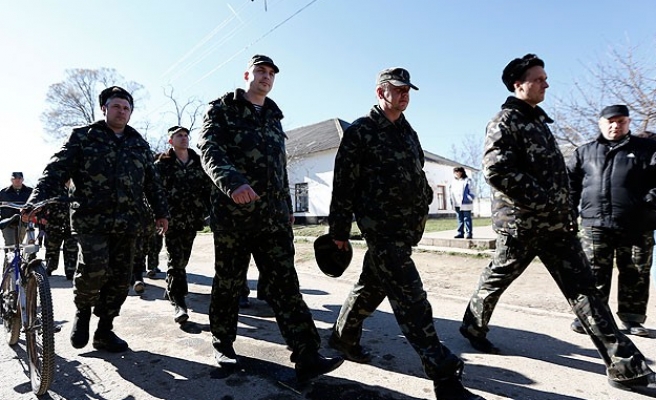 A rocket attack by pro-Russian rebels on a border post on Ukraine's border with Russia on Friday may have killed as many as 30 soldiers and border guards, an Interior Ministry adviser said, promising swift retribution from Kiev.

Ukrainian President Petro Poroshenko said that Kiev would "find and destroy" the pro-Russian separatists responsible for a high-powered missile attack.

"For every soldier's life, the militants will pay with scores and hundreds of their own. Not a single terrorist will avoid responsibility, each will get what they deserve," he said in a statement on his website following an emergency meeting of security chiefs.

The pro-Russian separatists, who have added powerful weapons to their arsenal, launched a volley of Grad missiles at around 5 a.m. on the border post at Zelenopillya, in Ukraine's easternmost Luhansk region, military sources said.

"Up to thirty (were killed). It is not excluded that the number of victims will rise because these bloodthirsty scum despicably shot from Grad systems and there is destruction," Zoryan Shkyryak, an adviser to Interior Minister Arseny Avakov, told journalists.

"I think a response will not be slow in coming after this bloody terrorist act," he said.

Kiev, which has been trying to take greater control of its border with Russia, blames Moscow for fanning the violence and allowing fighters and high-powered weaponry to cross the frontier from Russia to Ukraine.

The attack comes after government forces appeared to be gaining the upper hand in a three-month battle with separatists who have set up 'people's republics' in the Russian-speaking east of the country and said they want to join Russia.

Last weekend Kiev scored a notable victory by pushing rebels out of a stronghold in Slaviansk and forced them back to the industrial city of Donetsk, where they have now dug in.

Poroshenko's government has threatened a "nasty surprise" to drive rebels out of Donetsk, the region's industrial hub with a population of 900,000, while pledging to limit civilian casualties.

In Donetsk's main railway station, people said they had been waiting in line for two hours to buy tickets to flee the city, which they feared would suffer the same destruction as Slaviansk did during fighting.

"We decided yesterday to leave the city and immediately got ready," said Nadezhda Avramenko, 55, a housewife sitting on the train platform with her family.

Standing in line for tickets, Irina, 55, a kindergarten teacher, said she was leaving with her family

"We're going to Crimea. We'll return if the Donetsk People's Republic holds out and if the monstrous Ukrainians come, then there will be no return. How can you live with them if they're killing people," she said.

Elsewhere in the Luhansk region, four servicemen were killed when their armoured personnel vehicle detonated a mine, said military spokesman Andriy Lysenko.

Another military spokesman said a soldier was also killed in the town of Karlovka in Donetsk province.

Separately, at least five miners died and another five were injured when their bus came under fire from the rebels, Lysenko said.

The shelling of the bus forced energy and coal company DTEK, which employed the miners, to suspend operations at four mines which employ 4,500 people in the economically depressed industrial province of Luhansk, Interfax news agency quoted the company's general director as saying.

In diplomatic attempts to end the worst crisis between Russia and the West since the Cold War, German Chancellor Angela Merkel urged Poroshenko by telephone on Thursday to use a sense of proportion in Ukraine's actions against separatists and to protect civilians, a German government spokesman said.

"The Chancellor urged President Poroshenko to maintain a sense of proportion in his legitimate actions against the separatists and to protect the civilian population," German government spokesman Steffen Seibert said.

The statement said both sides agreed that a meeting was needed of the 'contact group' which had met during Poroshenko's ten-day ceasefire to prepare the way for peace talks.

The chance for peace talks withered after Poroshenko called off the ceasefire on June 30 in the face of rising domestic anger over numerous ceasefire violations by the rebels.

Speaking to Russian President Vladimir Putin on Thursday, French President Francois Hollande and Merkel urged Moscow to exert pressure on the separatists to de-escalate the violence.