30,000 to welcome arms dealers in London

In London, an exhibition that has opened its arms to arms dealers sends a message that the arms deal business is flourishing more than ever 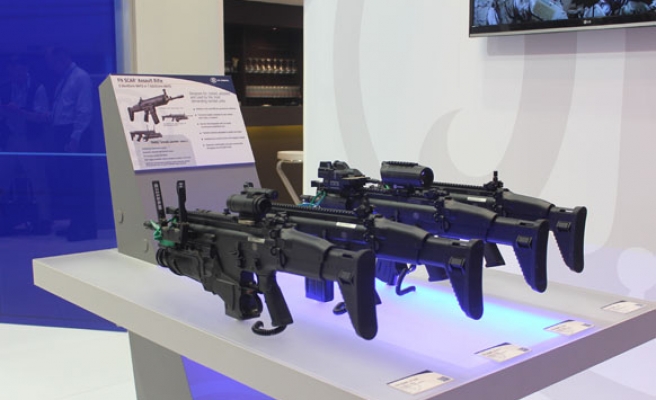 DSEI is coming to London’s ExCeL arena and is bringing with it 30,000 attendees to inspect the wares of 1,500 arms dealers reports The Indpendent.

The UK capital will become the focal point of the global arms trade,  in an exhibition which in 2013 attracted guests from such countries as Afghanistan, Colombia, Iraq, Libya, Pakistan, Saudi Arabia, Turkmenistan, Uzbekistan and Vietnam - all listed as human rights priority countries by the Foreign and Commonwealth Office.

A petition has been set up by Campaign Against Arms Trade (CAAT) and Global Justice Now to be presented to Prime Minister David Cameron, calling for the arms fair to be shut down. Currently there are 10,000 signatures on the petition which states:

David Cameron has said Britain will fulfil its 'moral responsibilities' to refugees and that he 'wants peace in the Middle East’.

Let's tell him to put his words into action and shut down the arms fair. The UK should be making #refugeeswelcome, not arms dealers. #stopDSEI.

It is evident that with the recent refugee crisis and in particular with this exhibition that the message seems fairly clear - you're more welcome in this country if we think you'll buy our weapons.

DSEI brings some of the most repressive regimes in the world together with some of the biggest arms companies. The government is turning away refugees fleeing from some of the worst war zones at the same time as it is welcoming arms dealers from around the world to an event that will fuel more war and conflict.