3.2 billion people at risk of Malaria, warns WHO 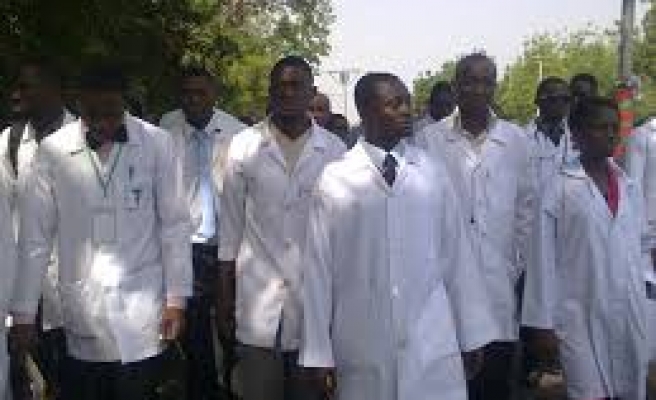 World Bulletin/News Desk
An estimated 3.2 billion people are at risk of being infected with malaria -- 1.2 billion are at high risk, according World Health Organization's 2014 report.

The disease was present in at least 97 countries and territories in 2014.

There were an estimated 198 million cases of malaria in 2013.

The report says that 90 percent of all malaria deaths occur in Africa.

The deadly Ebola outbreak in West Africa has had a devastating impact on malaria treatment and the roll-out of malaria interventions, the report said.

In the most affected countries; Guinea, Sierra Leone and Liberia, the majority of inpatient health facilities remain closed.

These three countries saw an estimated 6.6 million malaria cases and 20,000 malaria deaths in 2013, according to the report.

But there has been some progress. Over the past 13 years, malaria cases have declined and death rates decreased by about 47 percent worldwide, and by 54 percent in Africa.

“We can win the fight against malaria,” said WHO Director-General Margaret Chan in a written statement.

“We have the right tools and our defenses are working. But we still need to get those tools to a lot more people if we are to make these gains sustainable.”

About half of all people at risk of malaria in sub-Saharan Africa had access to an insecticide-treated net in 2013, and a record 214 million bed nets are scheduled for delivery to countries in Africa by year-end, says the report.

An increasing number of countries are moving towards malaria elimination with Asia-Pacific targeting to end the disease by 2030.

In 2013, Azerbaijan and Sri Lanka reported zero cases for the first time, and 11 countries succeeded in maintaining zero cases.

About $ 5.1 billion is required to eliminate malaria globally, according to the report.