334 people tortured to death in Syria in May

London-based watchdog Syrian Network for Human Rights released a report detailing the number of people tortured to death in Syria. 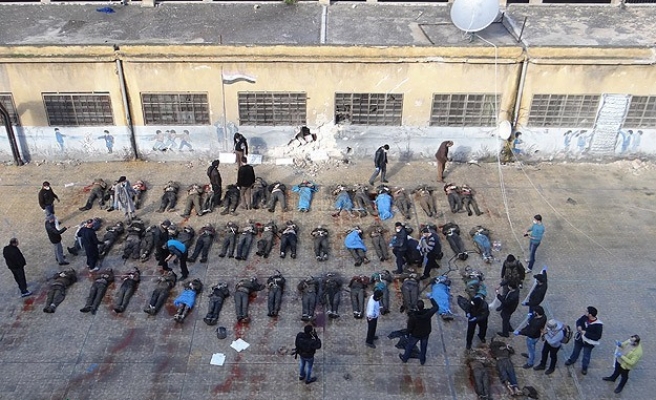 344 people were tortured to death in Syria, according to a report by London-based watchdog, Syrian Network for Human Rights (SNHR).

334 people, including a 17-year old girl Nimet al-Kaidiri were killed in Syria in regime-controlled prisons in May, the report said.

It also said that many torture cases were determined in ‘apprehension centers’ controlled by Democratic Union Party (PYD) along with regime-controlled prisons. The number of people who were tortured to death increased last month.

The report stressed that the Syrian regime committed systematic torture against detained opposition members in the country, adding that it constitutes a crime against humanity, according to the Rome Statue of International Crime Court.

More than 100,000 people have been killed during the ongoing three-year conflict in Syria, which has also internally displaced more than 6.5 million people, according to the U.N. Over two million Syrians are now registered as refugees in neighboring Turkey, Lebanon, Jordan and Iraq.