Historic handwritten documents and archived texts burned as firefighters battled to save the library. 10 million books were saved. 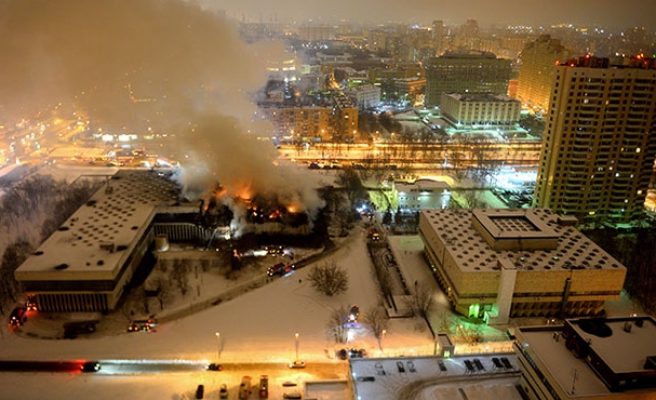 Russian Emergency services reported that one of Russia's largest academic libraries, which contains millions of unique historic documents, has gone up in flames in Moscow.

A part of the building’s roof collapsed before dozens of fire fighters managed to contain the blaze. The fire took more than 15 hours to control by firefighters at the Academic Institute of Scientific Information on Social Sciences (INION) in Moscow.

The library contains millions of unique historic documents and ancient texts according to Yuri Pivovarov described the fire as a disaster. Of the 14 million archived books and documents, 10 million were saved.

Investigations are continuing to determine what caused the disaster.