Police say one of the arrested is a member of an outlawed Turkish leftist group and wanted by Turkish police. 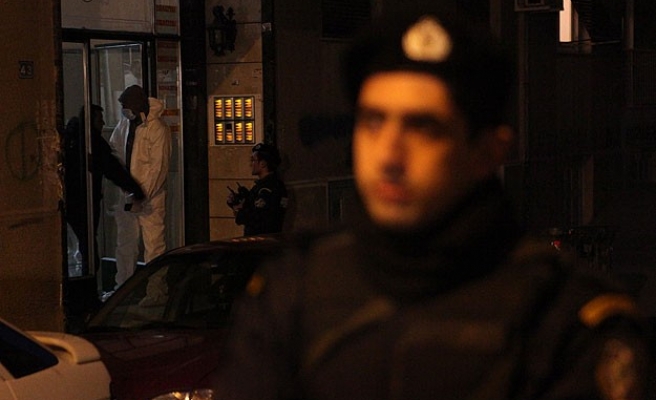 Greek police say one of four Turkish men arrested in the capital this week is a member of the outlawed Turkish leftist group DHKP-C and wanted by Turkish police.

Police said in a statement that the 49-year-old is also wanted by Greek and European authorities.

The four men were arrested Monday during an anti-terror raid on an apartment in Athens which uncovered arms and ammunition.

The men - who rented the apartment 18 months ago claiming to be Syrians - are to be charged with forming and being members of a terror organization, supplying and possessing explosives, possessing illegal weapons, forgery, and illegal entry into the country.

The name of the terror organization is not known, nor its relation - if any - to DHKP-C, a Marxist-Leninist group outlawed in Turkey.

The counter-terrorism department is investigating whether the arms and ammunition seized during the raid have been used in an act of terror and police are trying to identify the other three men - aged 25, 33 and 41 - who were arrested in possession of false documents.

Police say the DHKP-C member was caught in possession of a fake Bulgarian identification card and is being held on suspicion of involvement in a 2011 explosion in the Triandria neighborhood of the Greek city of Thessaloniki which killed a 35-year-old man of Kurdish origin.

DHKP-C is suspected of involvement in a suicide bombing at the US Embassy in Ankara in February last year, as well as a rocket attack on the headquarters of Turkey's ruling Justice and Development (AK) Party a few months later.

In November, a Greek court rejected the extradition of DHKP-C member Mehmet Yayla who had been captured while attempting to carry arms and explosives to Turkey.

Yayla was captured along with Hasan Biber, another DHKP-C member, on July 30 by the Greek coast guards in a speedboat carrying arms and explosives from Chios Island in Greece.