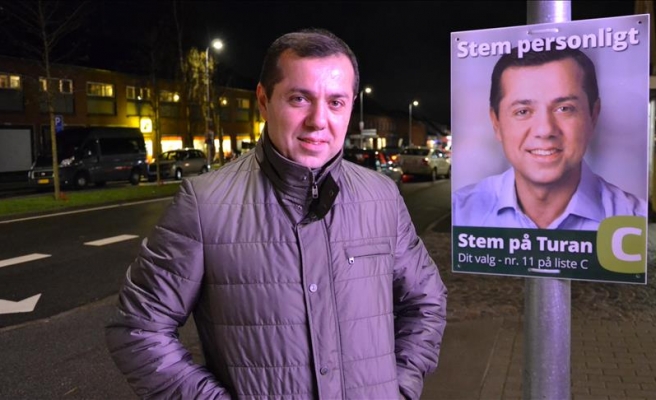 Forty Turkish origin candidates were elected in the Denmark local elections held on Nov. 21, according to the Danish media on Thursday.

The local media reported that as many as 101 Turkish origin candidates competed in the election from several parties.

Turan Akbulut, who was elected as a member of Höje-Taastrup Municipality Assembly in eastern Denmark, told Anadolu Agency that foreigners have been facing misperceptions in Denmark and he would work to break this perception.

“In some cases, we are exposed to misperception by the media and society because we can not express ourselves,” he said

Akbulut added:  “I believe that, in such cases, we will have better results when we are in the municipalities and working closely with the mayor and other members of the council.”

Tuncay Yilmaz, another Turkish origin candidate who was elected member of the Roskilde Municipality Assembly in Sjælland region, 30 km west of Copenhagen, said his victory would pave the way to take measures against racism.

He mentioned that hardcore racism was “taking place in Europe at this time", and added: “It is very important for us to be in the city councils. Only in this way, we can make ourselves heard and take some kind of measure against racism."