More than 400 Syrian refugees reached Italy by sea. One 22-year-old woman died during the passage. 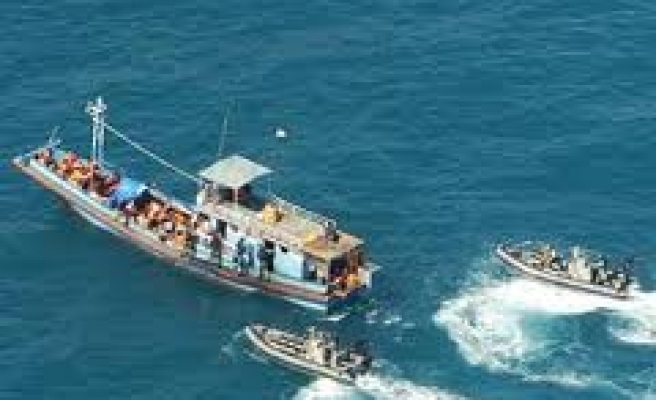 More than 400 refugees who said they were fleeing the Syrian civil war were intercepted near Sicily in the past 14 hours, and one 22-year-old woman died during the passage, Italy's coast guard said on Saturday.

A first boat carrying 299 people, more than half of them women and children, was escorted to the port of Syracuse, Sicily, late on Friday. On board was the corpse of one woman who died during the journey.

The reason for her death was still unknown, but fellow refugees said she was a diabetic and had died after falling ill more than two days earlier, Ansa state news agency reported.

The people on the boat said they had left from Egypt about a week ago, Ansa said, citing Italian authorities.

Another boat was located overnight carrying 124 others, who also said they were Syrian refugees, and the coast guard escorted it to a Sicilian port early on Saturday, the coast guard said.

From the start of the year to the first week of this month, 21,870 illegal immigrants or refugees have arrived on the shores of southern Italy, three times as many as the same period a year ago, the United Nations Refugee Agency (UNHCR) said recently.

The number of Syrian refugees reaching Italy has increased steadily in recent months and the UN estimates that 3,300 have arrived since the start of August.

More than 2 million refugees have now fled Syria's civil war, mainly to neighbouring Iraq, Jordan, Turkey and Lebanon, out of a population of about 20 million. The two-and-a-half-year conflict is estimated to have killed more than 100,000 people.