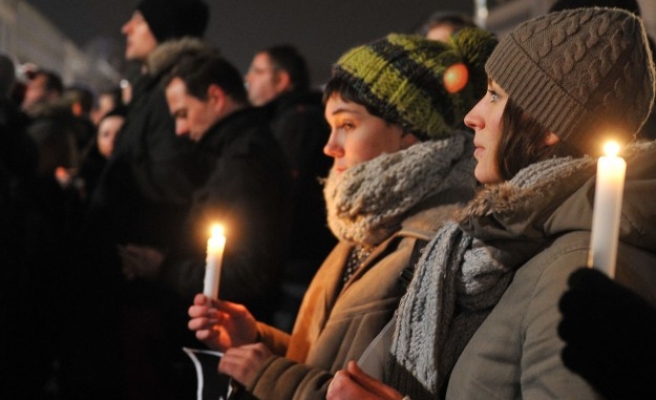 Almost half of French nationals believe cartoons depicting Prophet Muhammad should not be published, according to a French Institute of Public Opinion poll published Sunday.

The survey comes more than a week after attacks in France left 17 people dead and led to rising Islamophobia, intolerance and attacks against Muslims and mosques across the country.

Here is a summary of some of the most important findings of the poll that surveyed 1,003 French adults on Jan. 16-17:

- 42 percent believe cartoons depicting Prophet Muhammad, seen as offensive by many Muslims, should not be published.

- 57 percent believe reactions of "Muslims who felt hurt and attacked by the publication of cartoons" resembling Prophet Muhammad should not be taken into account.

- 50 percent are in favor of "limiting freedom of expression on the internet and social media networks."

- 81 percent said "French citizenship of those with dual nationality who are convicted of terrorism on French soil should be forfeited."

- Also, 68 percent believe "French nationals suspected of wanting to travel to countries controlled by terror groups should be expelled from France."