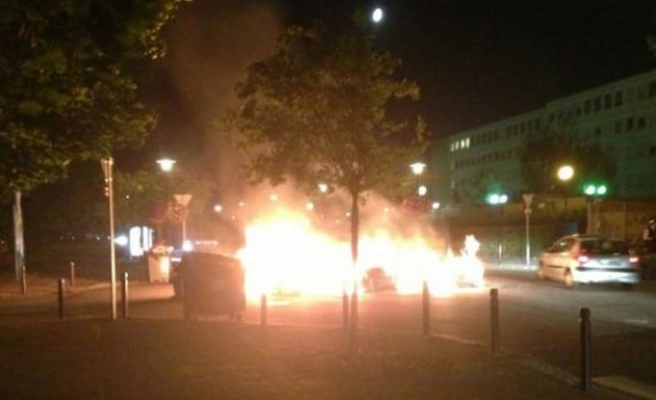 Six people were arrested after overnight riots that erupted in a Paris suburb after police checked the identity of a woman wearing a Muslim veil, French authorities said on Saturday.

It is illegal in France for women to wear full face veils in public but the law is contested in the mainly Muslim suburbs that ring major cities.

In Trappes, police said a crowd gathered in response to the arrest on Thursday of a man who had assaulted a police officer during an identity check on his wife, who was entirely veiled.

Some 250 people collected outside the Trappes police station on Friday night before being repelled by riot police in the early hours of Saturday, a police statement said.

A witness said the crowd called on police to release the husband but were "insulted" by authorities.

"They (the police) didn't want to listen and it got out of control," the man, who gave his name as Sofiane, told iTele. "Trappes is a big family. When you attack us we're going to respond."

Police said order was restored by daybreak in Trappes but that reinforcements sent in overnight would remain in coming hours to help ensure calm.