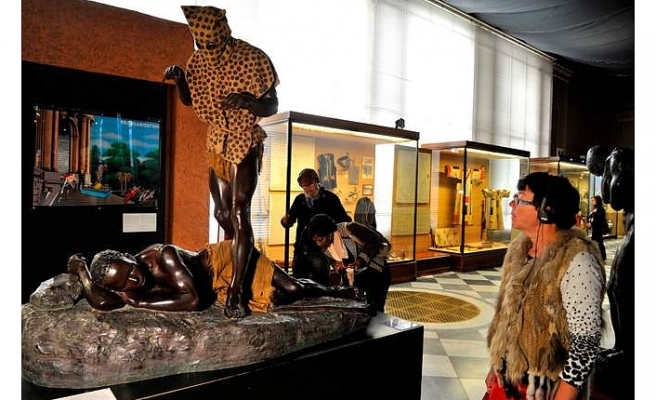 Belgium’s Africa Museum, once seen as Europe’s last unreconstructed museum of the colonial era, has reopened after a five-year, $73m (£57m) revamp.

The museum in Tervuren, on the outskirts of Brussels, had been overhauled in an effort to shake off its racist and pro-colonial image, said Guido Gryseels, 66, the museum’s director general, in an interview.

“Entire generations of Belgians came here and got the message that colonialism was a good thing, that we brought civilisation and welfare and culture to Congo,” he said.

For almost 80 years, until Congo, now called the Democratic Republic of Congo, won its independence in 1960, Belgium’s scramble to extract rubber and other resources from the country incurred a frightful human cost, with millions dying of starvation and disease. Belgium also ruled neighbouring Rwanda (which then included Burundi) from the early 20th century.

The museum’s reopening comes as Belgium tries to come to grips with its colonial legacy. Most of the collection of more than 120,000 items comes from Congo, collected in colonial-era military campaigns, or by missionaries and scientific explorers.

The overhaul is the first change to the museum’s permanent collection since the 1950s. Many of the items on display — including masks, statues and preserved examples of Congolese wildlife — are the same as before, but they have been reordered and given new wall texts to highlight the problems of colonialism, and to allow the people of Congo and Rwanda to speak in their own words.

On entering the museum, visitors now first see displays explaining Belgium’s colonial legacy and how the museum’s items were obtained. Alongside this is a room of racist statues, portraying Africans as savages, which were previously dotted throughout the museum. One, “Leopard Man,” shows a masked African man wearing a leopard skin about to attack another asleep on the ground.

By placing the statues in a side room, the museum is distancing itself from its past without denying it, Mr Gryseels said.