The decision by Girkin, better known by his nom de guerre Strelkov, to abandon the rebel stronghold of Slaviansk at the weekend gave Kiev its biggest military victory yet 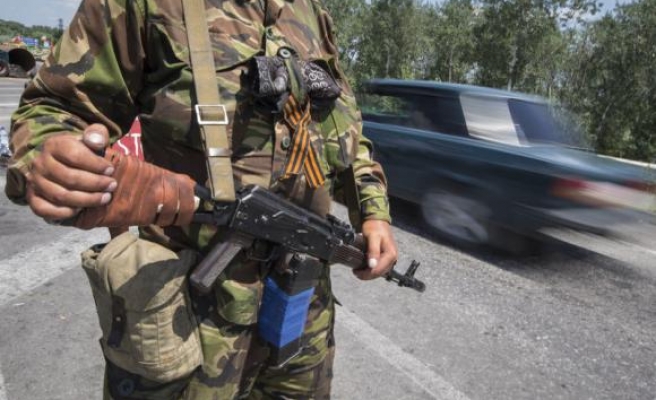 Allies compare him to the general who forced Napoleon's armies out of Russia and support him in his role as the pro-Moscow separatists' defence chief in eastern Ukraine, but for some rebel leaders Igor Girkin's orders carry little authority.

The decision by Girkin, better known by his nom de guerre Strelkov, to abandon the rebel stronghold of Slaviansk at the weekend gave Kiev its biggest military victory yet in its three-month campaign against the separatists.

It has also exposed major splits in rebel ranks at a time when support from Moscow is looking less certain and the government in Kiev has stepped up its military effort against the insurgents in the east.

Strelkov left Slaviansk and headed for Donetsk, where the prime minister of the self-proclaimed Donetsk People's Republic announced he was giving him military command in the city.

But hours later a rebel battalion leader there cast doubt on whether Strelkov's orders would even be obeyed.

"There will not be a single command structure here because if Mister Strelkov suddenly decides to leave Donetsk with the aim of saving the lives of the residents of Donetsk or those of his fighters, then we will not follow his order," said the leader of the separatist Vostok Battalion, Alexander Khodakovsky.

Strelkov is a colourful figure known for his pencil moustache and a love of historical battle recreations. He is a Muscovite who goes by several names and his reputation has loomed large in the rebels' attempts to prize eastern Ukraine out of government hands since the pro-Russian president Viktor Yanukovich was ousted in Kiev earlier this year.

Strelkov's withdrawal to Donetsk has altered the shape of the conflict. The rebels have ceded territory to government forces, but the separatists' firepower - air defence, tanks and armoured vehicles - has now been concentrated in one place.

Armed groups have flooded into Donetsk since the fall of Slaviansk, 100 km (60 miles) to the north. Two bridges were destroyed on Monday after Ukraine's deputy security council chief said his forces would blockade the industrial city of nearly one million.

The influx of heavily armed fighters has brought warnings from the mayor's office, telling residents to avoid conflicts with "armed men" and stay away from places where they gather. On Tuesday they continued to fortify their positions.

Separatist leader Pavel Gubarev defended Strelkov's pull-out from Slaviansk, comparing it with the exit of Russian General Kutuzov from Moscow in the War of 1812 which drew Napoleon's exhausted invading forces deep into Russian territory before cold and hunger broke them.

"Kutuzov also withdrew, and in that there was a plan. In general, Russians only withdraw before the decisive, victorious battle," Gubarev wrote on his social networking VKontakte site.

"Strelkov is the chief commanding officer. Now a strict chain of command will be established in all armed units," Borodai said in an interview with Russian Internet portal Gazeta.ru.

But another rebel leader, self-styled deputy prime minister Andrei Purgilin, told Reuters he wanted a collective decision- making body instead of a single line of command from Strelkov.

"It's possible a government defence committee will be created," he said. "It may be a collective body."