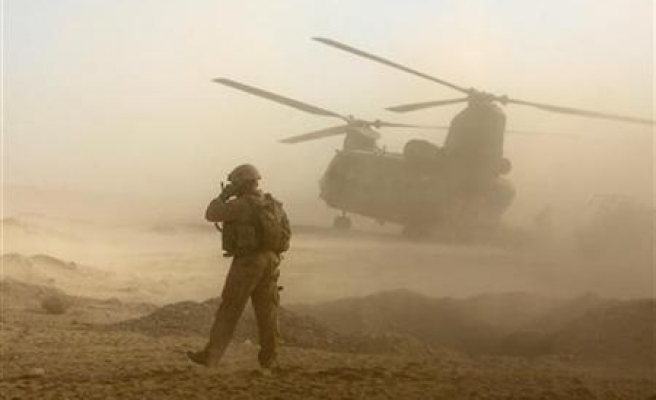 As NATO refocuses on its eastern borders after Russia's annexation of Crimea, the United States is quietly deploying more troops to train special forces in former Soviet bloc states anxious about Moscow's intentions.

Long-term plans include further training drills that will consistently keep about 100 U.S. elite troops on the ground at any one time in NATO states close to Russia, with teams working in several countries, U.S. official said.

The events in eastern Ukraine, where Russian-speaking insurgents using sophisticated weapons threaten to split the country, have put the whole former Soviet bloc region on alert and eager for NATO reassurance.

EUCOM says its Special Operations Command Europe (SOCEUR) increased the size and scope of its planned exercises after Ukraine flared into violence, reinforcing Washington's message to Moscow that it would stand by its allies.

"Training with our partners in their home countries is something that we have always done," said SOCEUR spokesman Lieutenant-Colonel Nick Sternberg. "The difference is that now we will maintain a (persistent) Special Operations Forces presence in theater along the eastern front of NATO on this training mission," Sternberg said.

Troops will not be permanently based in any one country in Eastern Europe nor will they have any permanent bases there.

Highly trained and equipped with advanced communications equipment and weapons, special forces are often used in counterterrorism or reconnaissance operations. They can infiltrate enemy lines to tie down much larger numbers of opposition troops.

U.S. special forces saw their numbers more than double, their budget triple and their deployments quadruple in the decade after the Sept. 11, 2001, al Qaeda attacks.

Particularly under the Obama administration, they have been at the center of the offensives against al Qaeda and the Taliban in Iraq and Afghanistan.

"They are still not up to U.S., British or French capabilities but some of the newer NATO special forces are improving very quickly," said Linda Robinson, a expert in special forces at the RAND Corporation think tank.

Joint exercises this spring have included the May 18-30 "Exercise Flaming Sword" in Lithuania, which brought together special forces from the United States and six European countries. Elite U.S. forces were also integrated into the major annual military exercises of Latvia and Estonia.

Special forces have also been involved in the "Exercise Combined Resolve" in Germany, which runs through the end of June and includes about 4,000 troops from 15 allied countries.

Analysts see little imminent prospect of Russia attacking any eastern NATO member, but if it did U.S. and local special forces would likely be at the heart of the response.

Many of the region's special forces have already worked alongside U.S. troops in the field.

Soldiers from Poland's GROM, for example, have deployed with U.S. and other special units in Iraq and in Afghanistan, where forces from smaller NATO states have often been involved in training Afghan special operations units.

President Barack Obama has said Washington will find new ways to bolster Ukraine's beleaguered military. But EUCOM said no U.S. forces were deployed in Ukraine as a matter of policy and Ukrainian troops have not so far been involved in the special forces training in Eastern Europe.

While few expect the United States to risk sending its own units into the conflict area, training, intelligence and advice from Western special forces experts at the headquarters level could still help Ukraine's military.