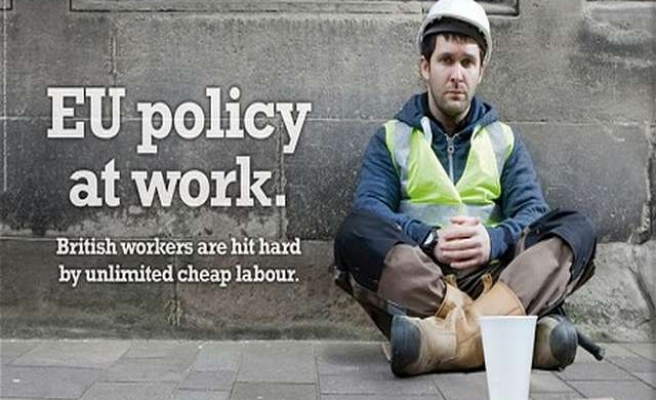 Europe is ageing faster than any other region of the world. It badly needs immigrants. But many Europeans don't want them.

The "old continent" may be able to offset the impact of a greying workforce until around 2020 by bringing more women and elderly people into work, encouraging mobility within Europe and making better use of existing migrants, EU and OECD experts say.

But in the medium to long term, the European Union will need to attract significant numbers of skilled workers from beyond its borders - and overcome growing public opposition highlighted by the rise of populist anti-immigration parties.

"If you close the door (to immigration), you will pay an economic price," says Jean-Christophe Dumont, an expert on migration at the Organisation for Economic Cooperation and Development, a Paris-based intergovernmental think-tank.

"For now, we can make better use of migrants who are already here, matching their skills better to labour market needs. In the longer term, it will not only be about matching skills, it will also be about numbers," he said.

Going by current trends, Europe's industrial powerhouse Germany, along with Spain and Poland, will see its population shrink from now on, slowing potential economic growth.

Germany's 82 million residents will dwindle to 74.7 million by 2050 and their average age will rise to nearly 50, assuming unchanged levels of migration, according to EU statistics agency Eurostat. Some projections are even more dire, putting the German population as low as 65 million by 2060.

That will mean "serious labour supply constraints" in some of the strongest EU economies - Austria, the Netherlands and Finland as well as Germany - according to a European Commission study by Joerg Peschner and Constantinos Fotakis that took a baseline economic recovery of just 1 percent.

By contrast, Britain, France, Ireland and to a lesser extent Italy can expect healthy expansion. Britain will have overtaken the Germans by 2050 as the EU's most populous nation with 77.2 million - if it stays in the bloc - while France will have caught up with Germany on 74.3 million.

Regardless of their place on the scale, many European countries still recovering from six years of economic crisis are being tugged in the opposite direction from demographic realities by a tide of anti-immigration political rhetoric.

Marine Le Pen in France, Nigel Farage in Britain and Geert Wilders in the Netherlands are attracting working-class voters by raging against freedom of movement of workers within the EU, from the poorer east and south to the wealthier north.

They accuse the EU of opening the flood gates to "job stealing" migrants, driving down wages and living standards and raising crime rates.

The backlash against immigration prompted Pope Francis to appeal in the European Parliament for an "elderly and haggard" continent to show a more welcoming face to those who cross the Mediterranean Sea in search of a better life.

Another pressing argument for rational debate is the growing impact of the demographic reversal on the funding of pensions and healthcare, especially in countries such as Germany and Spain which will have the oldest populations.

As the post-World War Two baby boom generation retires, the ratio of over-65-year-olds to the working age population is set to rise dramatically, while the number of under-15s declines by nearly 15 percent by 2060, according to projections by Eurostat.

At present, the age dependence rate is 27.5 on average in the 28-nation EU, but Germany and Italy are well above that level. The rate is projected to jump to 49.4 in 2050, when there will be only two people of working age for every retiree.

Most EU countries have raised their retirement age to 65 or beyond and are making citizens contribute longer for a full pension - but further increases lie ahead.

Meanwhile there's the impact on Europe's economy of having a big chunk of the population focused on "needs, rather than wants," to consider, as Paul Hodges, co-author of the e-book "Boom, Gloom and The New Normal", explains.

"Demographics drive demand," he said. "Older people have less need for houses, cars and consumer goods and have to make do on lower incomes as they move on to pension age, slowing the wheels of the economy."

Before the financial crisis erupted in 2008, economic growth in the euro zone averaged 2 percent a year, roughly made up of a 1 percent gain in employment and 1 percent in productivity.

That growth potential, regarded as necessary to maintain the current level of European welfare provision, collapsed during the crisis and has yet to return in most countries.

Without employment gains from migration, Europe will need an improbably big boost in productivity to sustain its living standards - or see them decline.