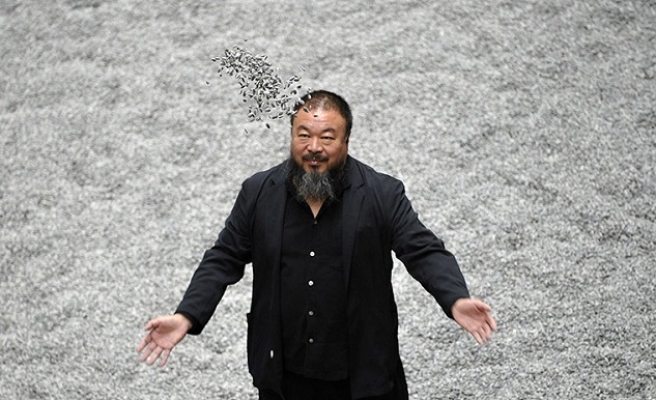 Chinese dissident artist Ai Weiwei on Wednesday closed down his exhibition in the Danish capital after lawmakers passed a controversial bill allowing authorities to seize valuables from asylum seekers.

"Ai Weiwei has decided to close his exhibition 'Ruptures' at Faurschou Foundation Copenhagen, Denmark. This decision follows the Danish parliament's approval of the law proposal that allows seizing valuables and delaying family reunions for asylum seekers," a post on his official Instagram and Facebook accounts read.

The exhibition opened in March 2015 and had been due to close in mid-April 2016.

"I support Ai Weiwei's decision, which is all about freedom and human rights. I think it's so very sad," Jens Faurschou, owner of the Faurschou Foundation in Copenhagen, said.

The law has provoked international outrage, with many rights activists blasting the delay for family reunifications as a breach of international conventions.

China's most prominent contemporary artist, Aihelped design the Bird's Nest stadium for the Beijing Olympics and has been exhibited around the globe, but his works have often run afoul of China's authorities.

He was detained in 2011 for 81 days over his advocacy of democracy and human rights as well as other criticisms of the government in Beijing. Following the detention, he was placed under house arrest and his passport was taken away. The document was only returned last July, enabling him to travel overseas.

Ai's show in Copenhagen included some of his most important work including Sunflower Seeds, made from 100 million handmade porcelain sunflower seeds. The show also featured several of the artist's sculptures made of wood from Buddhist temples torn down during China's Cultural Revolution.

Earlier this month, the 58-year-old announced plans to create a memorial to the plight of refugees on the Greek island of Lesbos, after meeting some of the many refugees there who risked their lives to reach Europe.